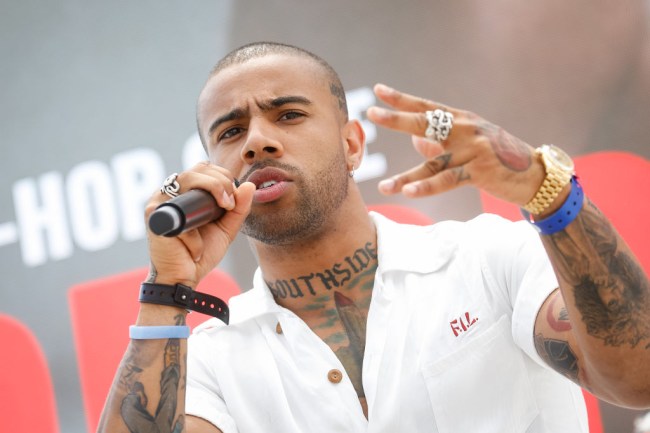 Last month, the Norfolk Southern Railway police and Chicago Police Department came under fire for an entrapment scheme they set up around Chicago’s Englewood neighborhood that resulted in the arrest of three people. A Norfolk Southern spokesperson said last week that “Operation Trailer Trap” was conducted in response to thefts from a nearby rail yard.

A truck loaded with Nike Air Force 1 sneakers and Christian Louboutin shoes was purposefully left unlocked in Engelwood, a Chicago neighborhood that is 95% black and 60% of its residents make less than $25,000 annually, in an attempt to lure thieves into stealing. Three men, ages 21, 36 and 59, were arrested for breaking into the trucks and stealing merchandise. One of the men who was arrested was a deaf man who told police in sign language he had entered the truck to look for food.

According to Chicago Sun Times, burglary charges against all three men were dropped in “the interest of justice.”

The controversial sting has come under fire by the ACLU and community leaders who claim the resources could have been better served in an area plagued by desperation.

Chicago Police used this unlocked 'bait truck' full of Nikes and Louboutins to try and lure in people to steal pic.twitter.com/aKyMFSn93v

Karen Sheley, director of the ACLU of Illinois’ police practices project, claims the “bait truck” was a counterproductive tactic, stilling more distrust in a community whose relationship with law enforcement is already strained.

“The Chicago Police Department admits that it can’t solve murders and violent crimes because communities of color don’t trust the Chicago police. These stunts won’t help.”

In conjunction with his SaveMoneySaveLife foundation, local rapper and activist Vic Mensa is creating an ‘Anti-Bait Truck’ which will hand out thousands of shoes to the kids at the site of the sting to give back to the community.

Due to the Bait Truck that the Chicago Police Department planted to lure poor people on the south side of Chicago with free nikes – Vic Mensa is creating an ‘Anti-Bait Truck’ which will hand out thousands of shoes to the kids at the site of the sting to give back to the community pic.twitter.com/KoCcN8hOd0

Last week Chicago Police escorted a “bait-truck” full of shoes through the South Side of Chicago to lure poor people with FREE NIKES. So we’re filling a truck with shoes to give away to those who need it. Buy a pair and donate here:https://t.co/8xkLTHTEhX pic.twitter.com/Tp6X8iZ4Ch

Anyone can donate a pair of shoes through Amazon Wishlist. Over 3,000 have already been donated, but the foundation is hoping to secure 10,000 pairs by the time of the giveaway.