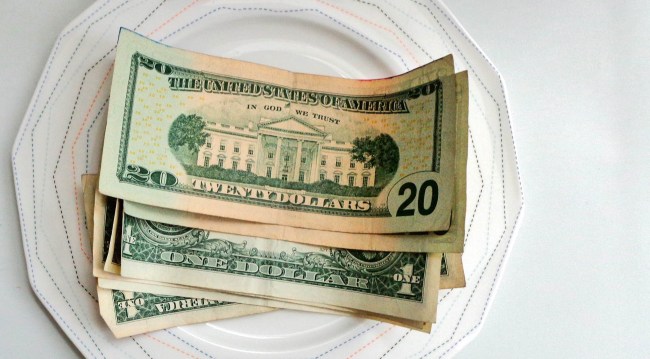 I am pretty sure at this point that the people who work for CNBC are attempting to become the biggest trolls on the internet.

A couple of weeks ago CNBC infuriated Twitter (admittedly, not a hard thing to do) with a supposed “average” budget of a couple making $500K a year.

Yes, it was truly a masterpiece in trolling, assuming they didn’t really believe what they were saying, which, HOW COULD THEY?

Today, CNBC is back at it, making the internet very upset – this time with a video that’s gone viral which explains how to save money by tipping less.

Entitled “This simple tipping trick could save you over $400 a year,” the video has drawn the ire of, well, everyone who has seen it, because of all the things one could cut out of their budget to save as little as $400 a year, is tipping less really the best way to go?

My sources say no.

This is a very bad take. I wish Twitter had a button that allowed me to vomit all over this video. It would improve the stench of this content.

Baby’s candy. It’s pretty much free if you just take it. It’s a baby. What’s it gonna do?

Nice! Also pushing down old ladies and stealing the change in their wallets could earn you up to $385/year! Gotta be on the lookout for these important tips on how to be the fucking worst.

If you want to save fucking money then skip a dessert or two but fucking over servers that make 2-4 dollars an hour on pre tax is total bullshit.

This simple tipping trick could mean you're a sack of shit

I've saved thousands of dollars eating out by simply robbing my waiter after their shift ends.