Vin Diesel To Star In ‘Rock ‘Em Sock ‘Em Robots’ Movie, But Unfortunately Not As One Of The Robots 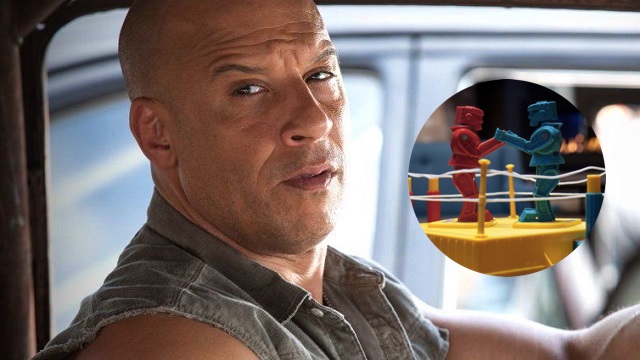 There are few aspects of human nature that are more confounding than that of fate and destiny. Similar to ponding the vastness of the universe, wandering down the free will rabbit hole is such a mind-expanding thought experiment that it threatens to shut the whole system down. Complete and utter malfunction. Let me give you a piece of advice, if you ever take psychedelics, avoid those sorts of questions. Unless, of course, you’re ready to embrace them — then, by all means, dive on in. Get your mind blown.

Personally? I’m not sure how I feel about destiny. I tend to feel that way about most of life’s big questions: religion, the afterlife, etc. If I have one strength, it’s that I know what I don’t know, and I *know* I don’t know shit about the divine, particularly when it comes to its intervention. Plainly, as the queen Ruth Langmore so eloquently put it, I don’t know shit about fuck.

So, naturally, when I saw that Diesel was attached to a star in a Rock ‘Em Sock ‘Em Robot, I thought “Well, finally, Vin is being given a chance to play the role he was born to play.” Every actor deserves that chance. Anthony Hopkins in Silence of the Lambs, Heath Ledger in The Dark Knight… Vin Diesel in Rock ‘Em Sock ‘Em Robots.

The only problem is — through what can only be a prank devised by the devil himself — he isn’t playing one of the robots.

Mattel Films, Universal, and Vin Diesel are teaming for a live-action feature take on the classic tabletop boxing-robots game. Diesel will star in the movie and produce with his One Race Films label and partner Samantha Vincent.

Rampage and The Commuter scribe Ryan Engle wrote the screenplay, which follows a father and son who form an unlikely bond with an advanced war machine. [via Deadline]

If you were like me and weren’t sure how you felt about destiny before, you sure do now, because if it did exist, we’d be living in a world where Vin Diesel was playing a robot who not only rocked ’em, but socked ’em, as well.