Virgil Abloh Created The Most Spectacular $39,000 Handbag These Eyes Have Ever Seen 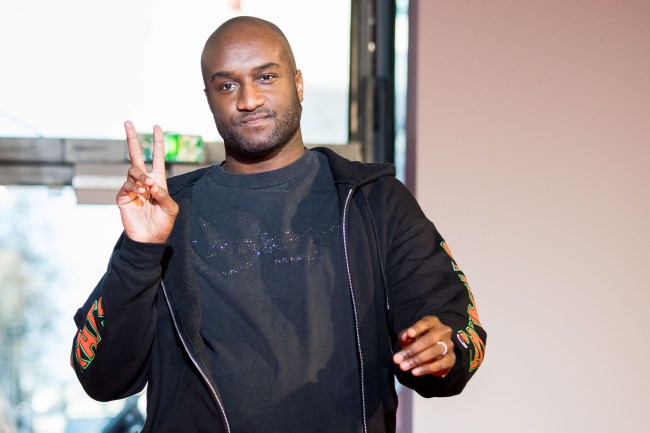 Whenever the groundbreaking fashion designer Virgil Abloh releases a new creation, the internet has strong opinions. Right now, “Virgil” is trending because Louis Vuitton just released the teaser for his latest creation: the airplane bag.

I mean, awesome. That is absolutely awesome. As a boy who grew up playing with toy airplanes, making the takeoff sounds with my mouth, soaring and banking and flying them around and around the room, avoiding collisions, making the machine gun noises even if it was a passenger plane, trying to emulate the cool-guy radio calls of suave pilots, I love this bag.

Handbags in general are pretty dumb. When you compare their utility to other bags, like a backpack or a dime bag of marijuana, they’re exposed for what they are—ornaments. And if a handbag’s purpose can be boiled down to its “decorative statement” DNA, well, an airplane-shaped bag seems like the obvious MVP.

Twitter didn’t entirely agree, obviously, since its users possess neither taste nor imagination:

Someone needs to tell Virgil Abloh that weird =/= innovative https://t.co/lyrvSjCwWN

Virgil abloh needs to be thrown in jail https://t.co/dySjkf8ZMG

Seems a bit harsh. Sure, $39,000 is a little pricey. But if ever there was an accessory worth invading one’s ROTH-IRA for, this is it. Take the penalties, folks. When you’re 78 and looking back through the digital photo albums of your life, you’ll smile fondly at the pictures of you flexing with your Virgil Abloh Louis Vuitton airplane bag. Even if you’re scrolling at a Starbucks because you can’t afford the Wifi bills for the cabin you’re squatting in. Just for now. Until you catch your breath. Then it’s back on the road. The railroad, specifically. You’re a drifter now. Railcar to railcar, city to city. Don’t even know where you’re headed. No sense of permanence. No telling when you’ll get a shower. Pittsburgh, Wheeling, Sioux Falls… it’s all the same. It’s not the retirement you had planned for, but it’s the one you’ve got.

Because you bought a $39,000 handbag shaped like an airplane.