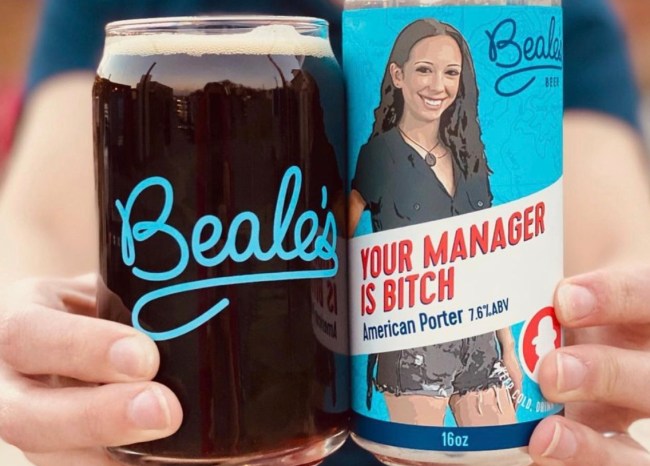 If you’ve ever worked in a restaurant or bar, you know just how much it sucks to deal with entitled customers day-in and day-out. It’s an on-your-feet job, full of unreasonable customers and bad tippers – especially in the middle of a pandemic, when business stability is a rollercoaster in of itself. Not every customer is a spoiled brat or a Karen, of course – most are wonderful and supportive of an establishment and the employees who hustle for a paycheck – but some are just a real pain-in-the-butt to deal with.

A brewery in Bedford, Virginia is flipping the script on a customer that refused to wear a mask and gave the establishment a hard time after they refused to serve the troll. Beale’s Beer just announced a new beer called “Your Manager Is Bitch”, mocking the demeaning and ungrateful customer who went full Karen with an email to the brewery owners.

Notice the lack of an “A” in the name of the beer? That’s intentional, verbatim from the angry Karen email.

Meet BC. She started with us as a server when Beale’s opened, worked her way up to bartender and now GM. She’s kept our team together throughout the past year, gracefully navigating every new challenge thrown her way. ⁣
⁣
This beer was inspired by the troll who emailed us “your manager is bitch” after he was refused service for refusing to wear a mask. We thank him for giving us an opportunity to stand behind BC and the countless other service industry workers who come to work every day with unfailing optimism. ⁣
⁣
Enjoy this beer on draft or in package at the taproom. Although we’ve been accused of making beer that tastes like hot old OJ, this is actually a Porter with notes of toasted pecans and caramel.

They even printed a screen shot of the “Y’all suck” email right on the can just to troll the troll: 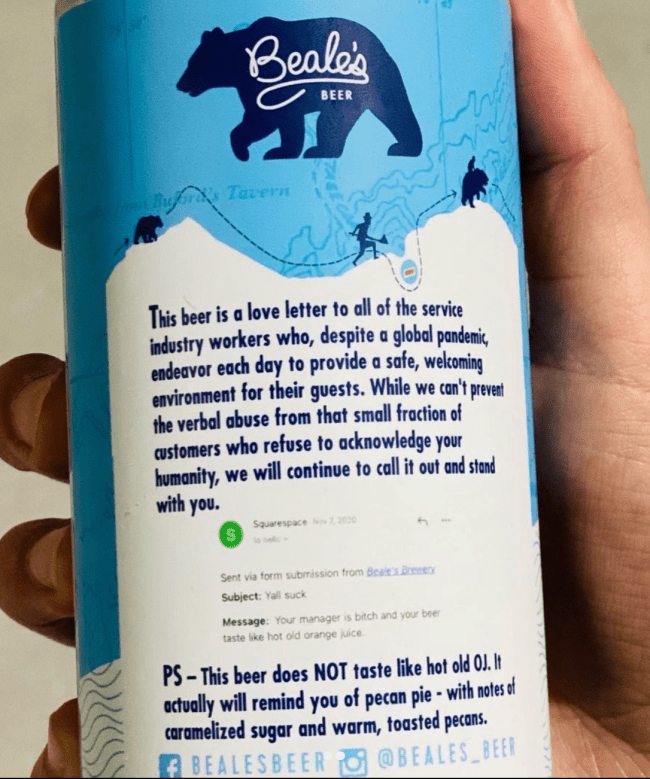 I’ve always believed that every person in America should have to work in the food service or hospitality industry at least once in their lives. I spend six years working in restaurants in high school and college and I’m super grateful for what it taught me about the ins and outs of working in food service. It’s a crash course on human decency – you learn that the first time an angry customer bangs their fists on the table like a child when you forget their sour cream for a baked potato. It also provides a deep appreciation for (A. anyone who has to deal with ungrateful customers and (B. how hard service industry folk work.

Bravo to Beale’s Beer for this one, doing the right thing by supporting their GM who reacted appropriately with a bad customer. Something tells me them “taking their business elsewhere” won’t hurt their revenue at the end of the day.

Sounds like it’s already a hit and they’ll be brewing more Your Manager Is Bitch in no-time.