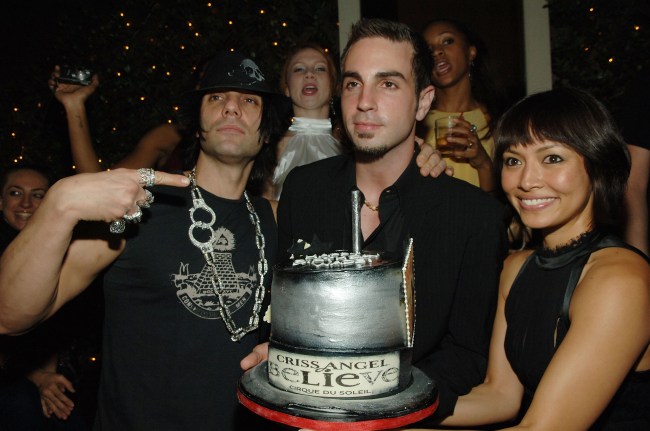 One of the accusers in Leaving Neverland attempted to “cash in” on his Michael Jackson abuse allegations well before the HBO documentary was released according to a new report by the Daily Mail. Wade Robson was reportedly so hell-bent on making a fortune from his story that when his wife questioned the decision it caused him to “think about divorce.”

Wade Robson alleges that he was sexually abused by Michael Jackson at the pop star’s Neverland Ranch. The allegations were presented to the public in the Leaving Neverland documentary. In 2012, seven years before the HBO doc was released, Robson reportedly attempted to sell a tell-all book to publishers that detailed the alleged molestation claims against Jackson.

The Daily Mail obtained court documents that include notes that Robson wrote regarding his book that he wanted to be a secret while he was negotiating with publishers. Robson’s notes and emails to his mother, agent and publishers were contained in the legal dossier.

The Australian dancer pitched his Michael Jackson story to several high profile publishing companies. He demanded a “large amount of money” for rights to the book and one of Wade’s notes said, “It’s time to get mine!” Robson allegedly tried to sell his book by claiming his abuse allegations would make him “relatable/relevant” as a victim. Robson said he “dedicated seven months” of his life to writing the book.

Wade’s wife Amanda thought it was a bad idea to pitch a tell-all book about the allegations. The couple apparently fought often about the idea, so much so that Robson contemplating getting a divorce. “Amanda cannot stop me from doing what I want to do,” Robson’s notes from February 2013 say. “Makes me think about divorce. That is how angry it makes me. I have dedicated the last seven months of my life to this idea of the book. This path. Now, now trying to ask me if it’s the right thing to do?”

By the spring of 2013, all publishers passed on the book. In May that same year, Robson filed a $1.5 billion civil lawsuit against the Michael Jackson estate. The 2013 lawsuit by the dance choreographer was dismissed by a Los Angeles judge in 2015. Robson said he suffered two nervous breakdowns from the alleged abuse from Jackson and was forced to go into therapy.

Attorney Vince Finaldi, who represents Robson and Safechuck, said the court documents are “biased” and “one-sided.” “This is the reason why we want a trial so that there’s rules of evidence, there’s rules to this process and a neutral fact-finder under the supervision of a judge and that’s what we want and that’s what we’re fighting for and we’re not going to stop until we get it,” Finaldi said.

Robson and his fellow Leaving Neverland accuser James Safechuck have been questioned about some inconsistencies in the HBO documentary. Michael Jackson biographer Mike Smallcombe brought damning evidence that shed doubt on the stories and timelines told by Robson and Safechuck in Leaving Neverland.

For years, Robson defended Jackson against allegations of abuse and he and his family attended a Jackson memorial show after the singer’s death in 2009. In 2005, Robson was the star witness for Michael Jackson’s defense in a trial for child molestation charges. The singer was acquitted, much in part of Robson’s testimony. Robson would later admit that he lied under oath during the 2015 sex abuse trial.