Waitress Who Kicked Out Racist Tech CEO From Restaurant Is Rewarded With $40,000 In Tips 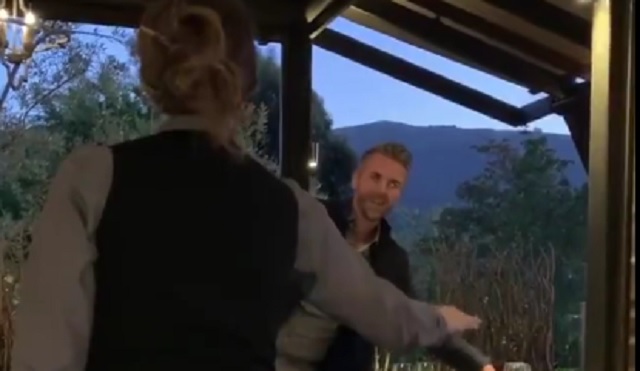 A waitress from California who came to the defense of an Asian American family and kicked out a racist man berating them has received over $40,000 in tips from people calling her an “everyday hero.”

The video, originally posted on Instagram, starts with a woman asking the man sitting one table over to repeat what he had just said to them. The man then flips off the camera and says, “This is what I say.”

The man then begins yelling “Trump’s gonna f— you,” You f—— need to leave! You f—— Asian piece of s—!.” The waitress immediately intervened and yelled back “No, you do not talk to our guests like that. Get out of here,”

The man in the video was identified as Michael Lofthouse, the CEO of a tech company called Solid 8.

#MichaelLofthouse is the jackass who hurled racist slurs at an Asian family in a restaurant.

It would be a shame if you retweeted this and his company #Solid8 lost business because nobody wants to deal with a racist asshole.

So DON'T retweet this. pic.twitter.com/cwZowBzdi6

The waitress in the video has also been identified as Gennica Cochran and has received over $40,000 in tips after someone started a GoFundMe to reward her for standing up to the man.

A Big Tip for an Everyday Hero https://t.co/ZEmHGhumN5

As much as it’s satisfying to drag the man who who did this to that family, it’s even more satisfying when we lift up the people who stand up to defend those who are on the receiving end of such racism. In this case, that person is this server/yoga instructor Gennica Cochran. She spoke out with a passionate fury against this man, possibly putting her job on the line amidst an economic crisis in order to fight back against just a taste of the racism that is running rampant in our country.

We are raising money for Gennica, 100% of which will go to her directly. We want to show our appreciation for the everyday heroes that are doing what they can to make the world a better place for those who deal with racism in all forms on a near daily basis.

Cochran spoke to ABC 7 News and described what went on in her mind when she decided to confront Lofthouse over his racist remarks.

To hear the emotion coming out of my voice, to see my mannerisms, it was unbelievable it was just something that came over me and I just did what needed to be done,” Cochran said. “I did what anybody else should or would do in that situation.”

“I felt very protective of them. You don’t come in here and say those kinds of things to people. Especially people feel so raw coming out of quarantine. Most of these people this is the first time that they’ve been out to dinner and then you have someone attacking them it was just no, no, I don’t have time for this.”

“I’m not a mother, but I felt almost maternal,” she added. “Right, like this is my family and I will take care of them and I will do whatever I can to protect these people. To have someone hate you just because of the way that you look, that’s beyond me. I don’t understand it.”

She concluded: “It’s not something that I will condone ever again, being silent.”