Eminem Teamed Up With Beyoncé For ‘Walk On Water,’ The First Single From ‘Revival’ 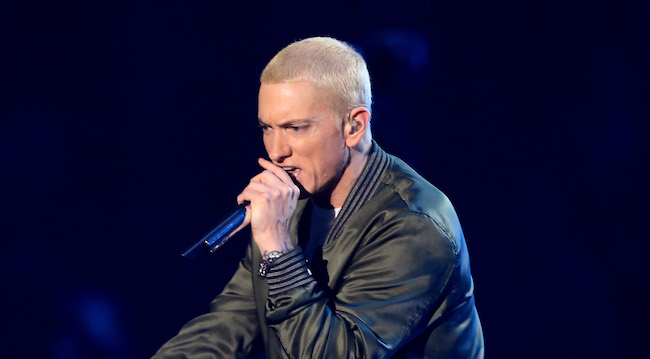 It’s been a while since we’ve heard new music from Eminem. He did drop a blistering freestyle at the BET Awards last month, but it’s not exactly the kind of song you find yourself going back to listening to over and over again.

However, he’s been teasing a new album over the past few weeks via a clever marketing campaign, and he recently confirmed the record would be called Revival. We figured it was only a matter of time until he dropped new music, and today he delivered with the release of “Walk On Water,” a single from the album featuring none other than Beyoncé.

The song features a slightly more subdued Marshall Mathers than you might be used to and has some definite gospel influences that you wouldn’t necessarily expect to hear on an Eminem track. However, the song does close with a few notably more aggressive lines, which might suggest the album will showcase a more vintage sound.

We’ll found out when Revival is (reportedly) released on November 17th.