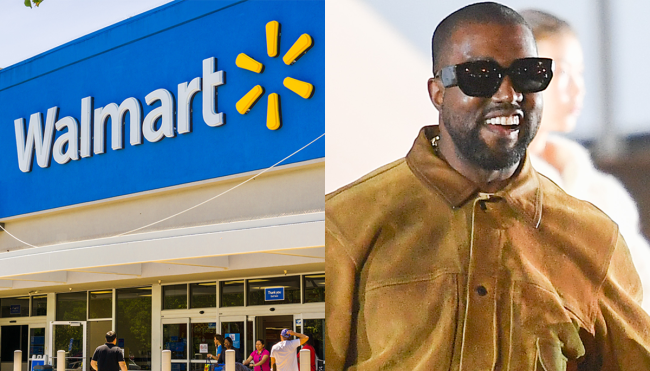 Kanye West has never been shy about reminding us just how grateful we should be for having the opportunity to exist on the same planet as Kanye West because Kanye West seems to genuinely think Kanye West is the most brilliant person to ever grace the globe with his presence.

I don’t want to gloss over the mental health issues that have undoubtedly played a significant role in Kanye’s impressively self-centered worldview, but I’d also argue his borderline delusions of grandeur are actually kind of justified when you consider what he’s managed to achieve over the course of his roller coaster of a career.

Following the meteoric rise that made him arguably the biggest figure in the world of hip-hop, the rapper decided to turn his attention to fashion. He quickly transformed his Yeezy brand into a force to be reckoned with thanks in no small part to the help of fans will drop a ludicrous amount of money on literally any piece of apparel he attaches his name to, whether it’s a pair of shoes that manage to make Crocs look fashionable or a line of clothing seemingly inspired by the “Derelicte” collection Mugatu dreamed up in Zoolander.

Earlier this year, reports surfaced that suggested Kanye could be worth a staggering $6 billion thanks to the success of Yeezy and the various partnerships that have allowed him to make some serious bank, including the surprising decision to join forces with Gap. However, the brand has now found itself involved in a slightly more contentious relationship with another major retailer: Walmart.

According to Complex, the two parties are currently butting heads a bit after Walmart recently stepped in to formally oppose a proposed logo Yeezy is attempting to trademark, which seems like a pretty questionable use of its legal resources at first glance.

I may not be an expert on the matter, but the same cannot be said for attorney Josh Gerben, a trademark expert who took the time to shed some light on the case for my simple mind after being kind enough to do the same when Ohio State tried to stop Marc Jacobs from trademarking the word “THE.”

Based on what he had to say, it would appear my initial hunch wasn’t too far off:

It’s probably a coincidence that the Yeezy logo has some resemblance to the Walmart logo. It is highly unlikely there was any intent to have this look anything like Walmart’s logo. The trademark filing likely piqued Walmart’s interest because of the partnership between Kayne and Gap.

In theory, this logo could be used in conjunction with a “retail store” which is probably one of the main reasons it caught the attention of Walmart’s lawyers. While I do not think this is a slam-dunk case for Walmart, it is also without merit. You can see the similarities between the marks.

The main question here is how many other similar trademarks already exist in the marketplace. If Kanye can show this is not an overly unique design, the differences in the marks will probably enable him to prevail should the case go to trial.

All that said, the vast majority of these types of cases will settle. It is very likely the parties will adopt some guidelines on how Kanye’s mark will appear and settle the case. For example, perhaps Kanye agrees to never use the color yellow with the logo. It is unclear how significant of an issue Walmart truly believes this to be at this stage.

If the case settles quickly we will know it was only a minor concern. If the case goes deeper we will know they feel more threatened by the filing for this logo by Kanye.