The Next Live-Action Superman Will Be Black, With WB Looking To Hire A Black Director 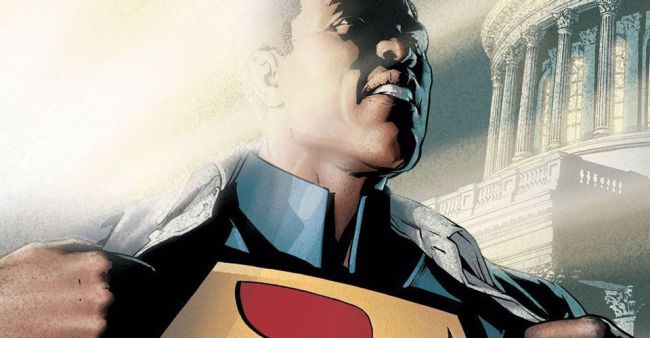 Earlier this year, news broke that Warner Bros. had hired award-winning author and journalist Ta-Nehisi Coates to pen their next Superman film, which would feature the first-ever Black Superman in live-action. Fast forward to today, and a report from The Hollywood Reporter has revealed the list of directors that Warner Bros. is currently eyeing to helm the film.

According to THR, Barry Jenkins (Moonlight), Steven Caple Jr. (Creed II), J.D. Dillard (Sweetheart), Regina King (One Night In Miami), and Shaka King (Judas and the Black Messiah) are all “possibilities” at this time, with Black Panther director Ryan Coogler likely being considered a “nonstarter” due to his work on Black Panther: Wakanda Forever, which hits theaters next Summer.

The Superman film appears to be moving onto its own track and won’t be part of the universe, as of now. Sources tell THR that Coates is crafting a Kal-El in the vein of the original Superman comics and will have the protagonist hail from Krypton and come to Earth. While the story is currently being crafted and many details could change, one option under consideration is for the film to be a 20th century period piece. [via THR]

Although it’s yet to be officially confirmed — and is certainly far from guaranteed — the development of a new Superman franchise likely means the end for Henry Cavill’s iteration of the character, as the DCEU will be undergoing a soft reboot with the release of the multiverse-expanding The Flash in 2022. It’ll be interesting to see what Warner Bros’ ultimately decides to do with Cavill’s Clark Kent: while the movies themselves may now be universally beloved, his performance generally is. For what it’s worth, I actually love Cavill’s portrayal (I think Man of Steel is widely underrated) and would like to see the character stick around. The multiverse would certainly allow for more than one cinematic Superman at once.

The Flash, it should be noted, will not only feature the return of Michael Keaton’s Batman AND the introduction of Sasha Calle’s Supergirl but will include a farewell to Ben Affleck’s Batman, who will be making his final DCEU appearance in the film.