Watch This Documentary Now: ‘The Innocent Man’ – A Tale Of Murder, Corruption, Cover-Ups And Confessions 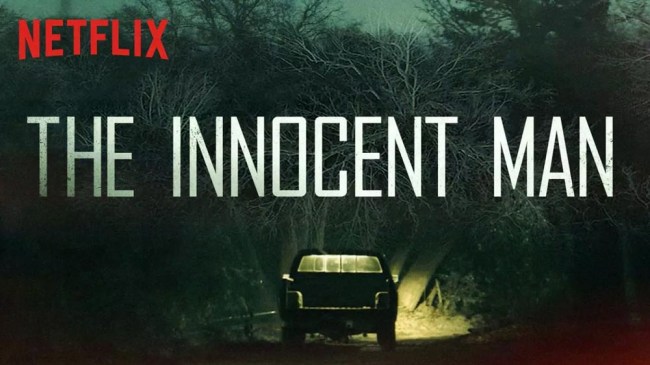 Welcome to our weekly feature where I like to share some of the best documentaries I recommmend you watch right now on streaming services like Netflix, Amazon Prime Video, and more.

Having viewed almost 100 documentaries over the past 12 months I feel I am pretty well qualified to make some recommendations. And even if you don’t like the doc I am reviewing this week, I always include a few more at the bottom. Out of all of those I promise there will be at least one that you will love.

Now, we know all about viral documentaries like Making A Murderer, The Staircase, Wild Wild Country, and Wormwood (all of which I highly recommend), but there are so many other great docs also online these days.

Previous recommendations include a shocking story of weed, murder, disappearances, and outlaws called Murder Mountain and Dakar: Madness in the Desert the story of the craziest, and deadliest auto race in the world.

This week we’re going to take a look at an A+ documentary called The Innocent Man, available on Netflix.

The Innocent Man is a true crime documentary adapted from best-selling author John Grisham’s only nonfiction book The Innocent Man: Murder and Injustice in a Small Town.

The fascinating Netflix documentary, tells the story of former minor league baseball player Ronald Keith Williamson of Ada, Oklahoma, who was wrongly convicted and given the death sentence in the 1982 rape and murder of 21-year-old cocktail waitress Debra Sue Carter thanks to false confessions, unreliable testimony and since-debunked science.

Williamson’s friend Dennis Fritz was also convicted and given a life sentence as an accomplice in the case, while two other men, Tommy Ward and Karl Fontenot, were also were allegedly coereced into given false confessions. In Ward and Fontenot’s cases it was for the 1984 disappearance of 24-year-old convenience store clerk Denice Haraway.

All four of the men were prosecuted by the same man, District Attorney Bill Peterson, who receives a large portion of the criticism for how poorly the cases were handled.

The story weaves its way through the Ada police department, the district attorney’s office, the Oklahoma State Bureau of Investigation, with allusions to corruption including a drug ring and possible cover-up that may have influenced all four men’s fates.

At one point during the ordeal, Williamson was as close five days away from being executed before having his sentence stayed by the court.

After serving 11 years on death row, Williamson, as well as Fritz, were exonerated by DNA evidence and other evidence introduced by the Innocence Project and was released in 1999.

Ward and Fontenot still remain in prison despite overwhelming evidence that they are most likely also innocent.

Throughout the six-part documentary, Grisham, who serves an executive producer for the series, sporadically offers his own personal insights into the case. Family members of both the convicted and the victims, witnesses, lawyers, reporters, and other suspects are also interviewed.

If you enjoyed other documentaries like Making a Murderer, The Confession Tapes and Evil Genius: the True Story of America’s Most Diabolical Bank Heist, then The Innocent Man needs to be on your watch list.

If doesn’t sound like it’s up your alley, here are a few more excellent documentaries I also highly recommend…