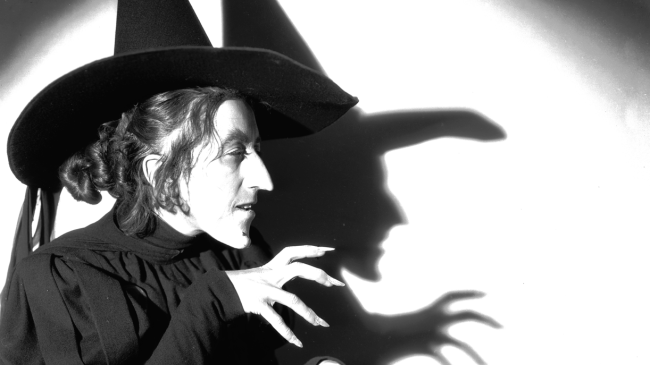 Back in 1976, just seven years into its now 53 year run, an episode of Sesame Street aired that scared kids so badly that it never aired again.

The episode in question, #0847, featured an appearance by actress Margaret Hamilton, reprising her role as The Wicked Witch of the West from The Wizard of Oz.

The story that was being told centered on Hamilton’s Wicked Witch falling out of sky then going in search of her broom on Sesame Street. Along the way, she harasses Big Bird and David with some ominous music playing in the background whenever she appeared on screen.

The idea behind the story was to teach children about overcoming their fears.

Instead, the episode resulted in a slew of negative letters from parents complaining about how their children were now afraid to watch Sesame Street. Oh, the irony!

According to the Muppet Wiki, “Typical responses included parents concerned that their children were afraid and now refused to watch the show, using such phrases as ‘screams and tears’ and ‘the threat of the witch’s power remains in children’s eyes.'”

After further test screenings, it was decided by the Children’s Television Workshop to not re-air the episode. The episode was also never released on home media, leading to its “lost” episode status.

Over the weekend, however, an anonymous Reddit user uploaded the episode to the internet after claiming to have “found” it archived in the Library Of Congress.

One of the biggest discoveries in lost media history just happened. An anonymous Reddit user has uploaded Sesame Street Ep 847 (the banned Wicked Witch of the West episode) to r/lostmedia. Documentary about the whole search is in the works 👍 pic.twitter.com/WzWdX2Y6Rh

Here’s the episode of Sesame Street featuring Margaret Hamilton as The Wicked Witch that caused such a ruckus.

Aficionados of lost media were very, very excited to learn of the discovery with more than one person even referring to this Sesame Street episode as “the holy grail of lost media.”

“As someone who’s been following the lost media scene since 2015, it truly can’t be understated just how big this being found is,” someone commented on YouTube. “Another big piece of lost media has finally been found. Hopefully other cases that have had searches for literal years can be found as well! If this was possible truly anything is.”

“Man, I’m SO glad this was found!” another wrote. “Margaret Hamilton did a GREAT job here, so it’s nice to see her last performance as the Wicked Witch of the West being finally preserved!”

Probably 1000x over and on multiple hardrives, thumb drives, cloud servers, and private servers. You don't catch a fish that big and throw it back, you mount it to the wall for everyone to see.

“Honestly, seeing Big Bird standing outside Mr. Hooper’s Store ready to crack skulls with a baseball bat and hockey stick is more disturbing than the scenes with the witch!” another joked.

Big bird is a SAVAGE in this episode! He’s packing heat! pic.twitter.com/m51WiiS5eU