Watch Thieves Drive Off With $250,000 Worth Of Cars From A Dealership Like It’s NBD 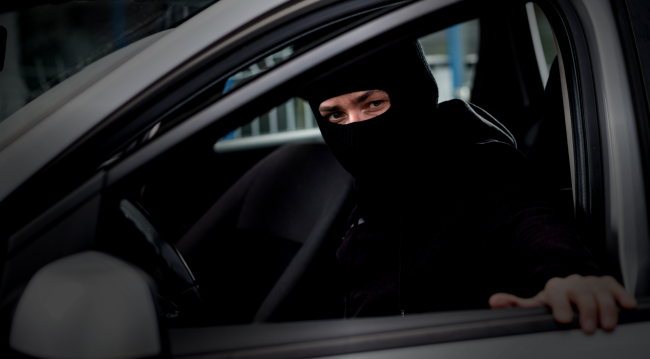 A group of thieves were caught on surveillance cameras driving away with $250,000 worth of cars from a dealership lot and it didn’t even look that difficult to pull off.

AMC Auto Sales in Roseville, Michigan near Detroit was victimized by a group of six people who broke into the dealership’s office through the front door, located the keys to the cars that they wanted to steal, walked out, clicked the key fobs, and drove off.

This is the second time this has happened to this particular dealership in a year.

The company says they tried to stop this sort of thing from happening by block entry of those vehicles by placing other cheaper cars around them, but the thieves simply busted out the windows of the cars that were blocking them and pushed them out of the way. Easy peasy. 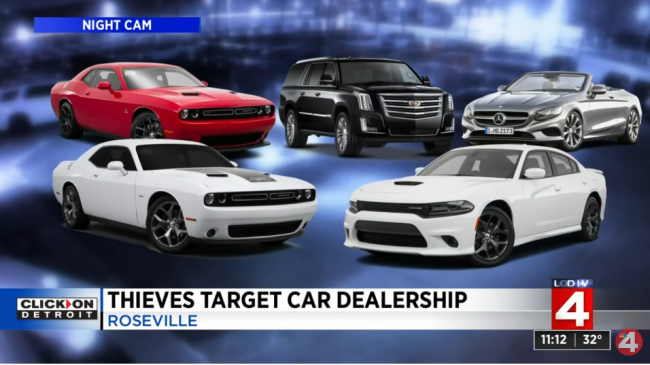 “Six guys, all skinny. Looked very athletic. They seemed like they knew what they were doing,” Adballa told Click On Detroit.

They most certainly did.

“It’s a quarter million dollars worth of cars that were just gone, in seconds,” Adballa said sadly.

Naturally, the theft of the five high-dollar cars was caught on video.

So much for Dodge’s new “security mode.”