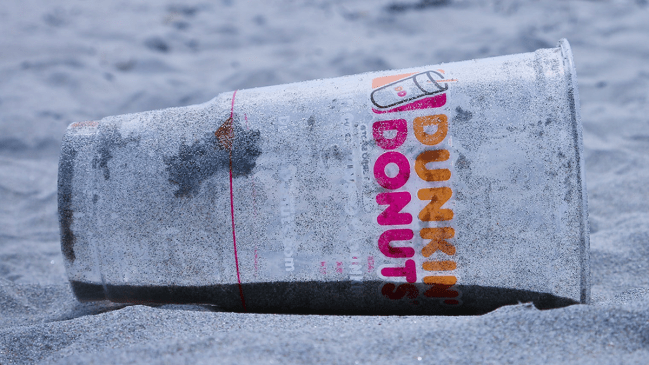 The United States is home to a number of different regions filled with people who swear a fierce allegiance to certain chains they take an immense amount of pride in.

For example, the only thing people in California love more than In-N-Out is talking about the best route to take to minimize traffic, families in Pennsylvania have been ripped apart by debates concerning the merits of Sheetz and Wawa, and large chunks of New England would arguably cease to function if it wasn’t for the Dunkin’ locations that dot the Northeast.

There’s no state that relies on Dunkin’ to run quite like Massachusetts, and jokes about how much people from Boston and beyond love the restaurant would be tired if they weren’t proven to be so true time and time again.

This might be the most Massachusetts interview ever. Lament over the future of Tom Brady — and finding an open Dunkies! https://t.co/skN4DqbcNF pic.twitter.com/YZc9R0PRLx

According to WBZ reporter Matt Shearer, the state where the first Dunkin’ Donuts opened up in 1950 is home to a grand total of 1,073 different outposts. Unfortunately, residents of Stow (located around an hour west of downtown Boston), have been forced to venture into neighboring towns to get their fix after it transformed into a “Dunkin’ desert” following the closure of the two locations it once boasted.

Shearer recently took the trip to Stow to chat with some residents about the dilemma they’re currently facing in a hilarious segment with some truly incredible New England Townie energy.

Thinking about the people of Stow, MA during this difficult time. @wbznewsradio pic.twitter.com/GitjzgoxHQ

That video is a worthy successor to another report that went viral earlier this year after Shearer filmed himself visiting an array of Boston’s “iconic cafes,” which was really just a tour of five of the 15 Dunkin’ stores located within a half-mile radius near City Hall.