We Eat A Credit Card’s Worth Of Plastic Every Week, According To Scientific Study 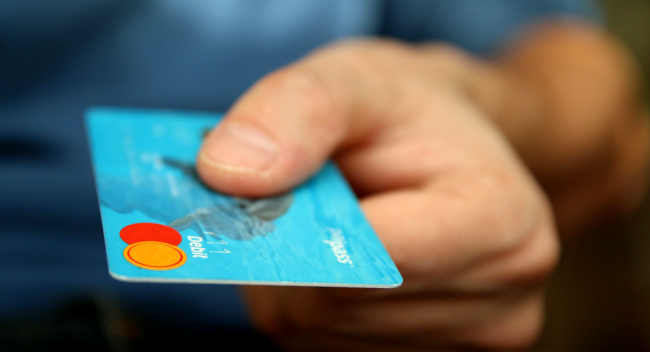 Would you like some sauce with your credit card? Because, according to a scientific study, the average person consumes about that much plastic every week.

Microplastics, plastic debris less than five millimeters long, have been found in just about everything and that’s not an exaggeration.

They have been discovered in our toothpaste, our beer, our clothes, cosmetics, cars, boats, detergents, and fertilizers, and in the meat, vegetables, and grains we consume, Nautilus reports.

Microplastics have been found in places as remote as Antarctica and the summit of Mount Everest, in fish guts, and in honeybees. Researchers recently found tiny plastic particles in the lungs of surgical patients, the blood of donors, and the placentas of unborn babies. We can breathe in polyethylene from our T-shirts because wastewater plants can’t fully filter them out. Microplastics are in our food—carried into the food chain by water or plankton—and in our toothpaste and dental floss.

When it comes to eating microplastics, scientists have documented plastic particles in about 40 percent of the human diet, including beer, honey, salt, and seafood. A graduate student in the United Kingdom collected mussels from different parts of the country and predicted that consumers ingest 70 microplastic particles for each 100 grams of mussels. Meanwhile, another study showed beer samples had about 28 particles per serving. People may be eating as much as a credit card’s worth of plastic each week — or more, because scientists still haven’t figured out how to reliably determine microplastic levels in meat, vegetables, grains, or packaged foods, which means we still don’t know how much plastic we actually eat.

One 2022 study found that a clothes dryer releases up to 561,810 microfibers during 15 minutes of use. Emptying the dryer’s lint trap is even worse.

“You might notice there’s a small cloud of dust. That’s trillions of nano sized plastic fibers you’re inhaling,” says research scientist Scott Coffin. “It’s only a momentary exposure, but no one warns you about that.”

They’re even found in those masks we have been sticking on our faces during the pandemic.

Coffin also explained, “If you are eating microplastics that are shed from food safe materials, those chemicals are less likely to cause harm than inhaling microplastics from something that is never supposed to enter the human body, like fibers from rugs or furniture.”

Scientists do say that the majority of microplastics don’t stay in our systems because we exhale or excrete them, but they can’t say for sure how much still remains in parts of our bodies like the intestines and lungs.

Another 2022 study found plastic fibers in the lung tissue of 80 percent of the study’s volunteers.

“Some papers suggest that actually, nanoplastics could interfere with the energy production and mitochondria and that might induce oxidative stress,” says Martin Wagner, a professor of biology at the Norwegian University of Science and Technology. “But we’re really in the dark about how that happens.

“Does it get excreted? Is there some way of getting rid of those particles? There’s really not a lot of experimental work being done on that.”

There really should be. Because in 2020, 367 million metric tons of plastics were manufactured with that number expected to triple by 2050.