What Is The ‘Showstopper’ Weapon That Gendry Is Making For Arya And Is The Night King On Her Kill List? 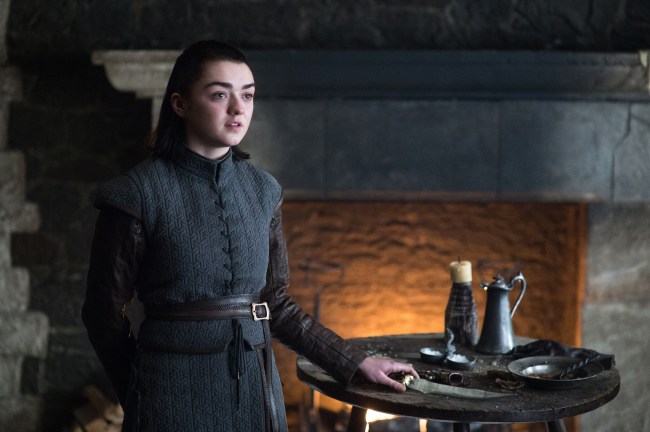 The first Game of Thrones episode of Season 8 did a lot of setting the table for the final five episodes. One of the important precursors for the last Game of Thrones season was the new weapon that Arya Stark asked Gendry to make for her. We don’t know exactly what it is, but we’re going to try to figure it out. What we do know is that Arya’s new weapon is extremely significant and will be a “showstopper.” 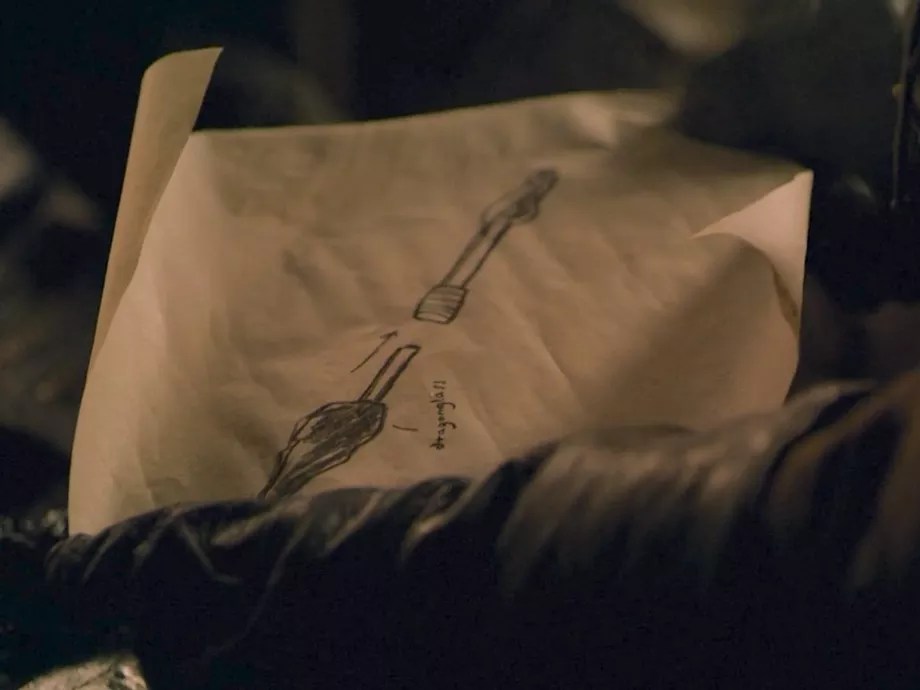 In the midst of a flirty reunion between Arya (Maisie Williams) and Gendry (Joe Dempsie) was a major storyline. Arya requested Gendry, the super skilled blacksmith, to craft her a new weapon. Arya gave Gendry a blueprint for a weapon and that was that. No other details were given about the mysterious weapon.

Arya already has Needle for her sword and also has the Catspaw Dagger, which is one of the few weapons made of Valyrian steel that can kill White Walkers.

Arya specifically requested that the weapon have a dragonglass tip and even wrote it in the diagram. That means she is ready to fight the undead. The weapon is not a sword, a mace or an axe, instead it appears to be a holster with a dragonglass-tipped arrow or small spear.

Arya has been a great marksman since she was a child, so adding a new firing weapon to her arsenal would make sense.

Another idea is that the shaft holds the detachable dragonglass spear as well as the Valyrian steel, making it a two-sided staff. Arya is well-versed in using a stick to defend her self. Arya is so deadly with a staff that she can fight with one with her eyes closed or even when she is blind.

If it is a double-sided stabby stick then Arya will definitely stick ’em with the pointy end because both ends will be pointy.

There is a Game of Thrones fan theory that suggests that Bran Stark AKA the Three-Eyed Raven instructed Arya to get the weapon made because he has found a way to defeat the Night King. Redditor cosmo333_tx posted this theory:

“I think she’s actually asking him to make her a weapon that would allow her to leave a piece of dragonglass embedded in her victim, hence the detachable dragonglass tip as shown in the design. The reason for this goes back to her uncle Benjen. From his conversation with Bran when he rescued him right before he got back to the wall, the Children of the Forest were able to stop the White-walkers magic from turning him by sticking a piece of dragonglass into his chest and leaving it there. This would assume that Bran has told Arya this piece of information, and so far he’s not very talkative, but we know he’s sharing key pieces of information with other key players.”

Whatever the weapon is, it is very important to how Game of Thrones ends. There is a reason why precious Episode 1 time was spent on the request for the weapon. This definitely falls under the Chekhov’s gun theory and is not the first time that a new weapon was introduced that became critical to the plot.

Remember Qyburn’s dragon-killer scorpion ballista that ended up taking down Drogon and Daenerys Targaryen with one shot?

Thomas Dunne, the weapons master for Game of Thrones, already told Vanity Fair that Arya’s new weapon is “a showstopper.” “There is one creation in Season 8 that is absolutely phenomenal,” Dunne said. “It’ll be a showstopper. That was great to finish. It was great to make, great to design in that it was able to be reverse-engineered and made into two different items.”