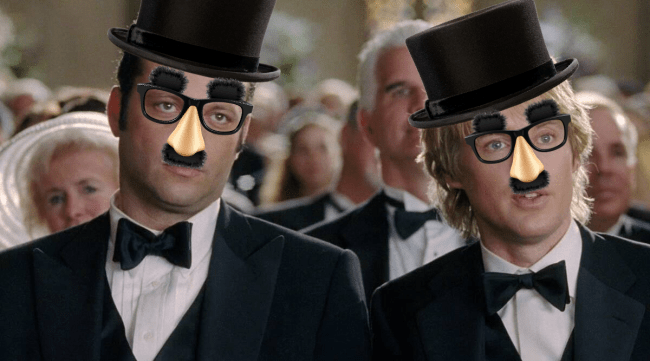 Landon Rankin, a retired sheriff’s deputy who earned himself the nickname the “Wedding Crasher Bandit”, has been arrested for allegedly stealing cash and checks from 11 weddings in the Phoenix area, according to reports. Rankin was not invited to any of the 11 weddings.

The 54-year-old Rankin, who was an officer with the Pinal County Sheriff’s Office for 21 years, was arrested in Apache Junction, Arizona on Wednesday, May 4, according to the report from the New York Times. Following his arrest, Ranking was charged with burglary and possession of drugs and drug paraphernalia.

Ex-sheriff Landon Rankin was arrested for stealing money from weddings

At the time of his arrest, Mr. Rankin had two checks in his wallet from the latest wedding he had crashed and “numerous” wedding cards in his car, the authorities said. The police said that Mr. Rankin told them that he had been attending weddings because he was going through a divorce and had wanted to listen to wedding vows. [via The New York Times]

While the Chandler Police Department estimated that Rankin made between $3,000 to $6,000 from two of the weddings, they did not detail how much they believe was stolen in total. Rankin later told police that he spent all of the money on fixing his “bass boat.”

The police in Chandler, Ariz., southeast of Phoenix, became aware of Mr. Rankin after video footage of an April 15 wedding in Chandler showed him, wearing the formal clothes of a guest, grabbing a box of greeting cards, placing it into a bag, walking out a rear exit, running to his vehicle and driving away, according to court documents. The authorities connected that event to earlier thefts. [via The New York Times]

Witnesses who saw Rankin at one of the weddings described him as wearing a “shit, tie, slacks, and dress shoes,” and that he was the “perfect late arriving guest.”