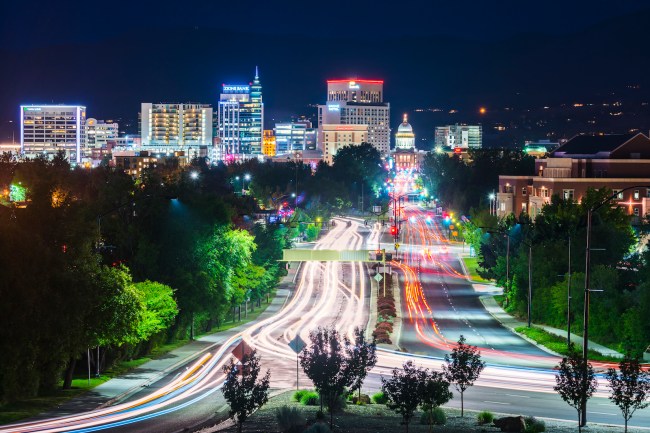 What type of summer vacationer are you?

Do you like one long week in the same locale or would you rather make shorter trips over long weekends to various destinations?

If you’re the type who enjoys quick jaunts, packing light, and exploring small towns few tourists think to venture, this list of 50 weekend trip ideas for an unforgettable summer vacation from Men’s Journal is worth a read.

Whether you’re looking to splurge with a cross-country trip Opens a New Window. or stick closer to home, there are all kinds of summer adventures to be had across North America, from mountain biking the trails Opens a New Window. of Northwest Arkansas to golfing on the barrier islands of Georgia.

The gang of usual suspects makes appearances on the list – Napa, Chicago, Key West, Denver – but many of the suggestions are places the average person would never think to visit.

I’ll be honest, this is the first time I’m ever hearing about most of the weekend trip destinations suggested by Men’s Journal.

The place that sounds like a salad is just as refreshing to the soul.

“Two and a half hours from Minneapolis, Nisswa in the Brainerd Lakes Area of central Minnesota has the refreshing small-town charm city dwellers crave in the summer. Soak up the sun on the lake shores, kayak the meandering waterways, or hike the Paul Bunyan State Trail, which runs right through Nisswa.”

“Boise is nicknamed the City of Trees, so you better believe they’re in full bloom during the summer months. Hike or bike the Boise Greenbelt, a 25-mile trail along the Boise River; float the Boise River itself; hike the foothills try surfing stunts at the new Boise River Park, Idaho’s first urban whitewater park; or SUP the Payette River.”

Eugene is the spot to get your drink on.

“The city is also the gateway to the Southern Willamette Valley wine region, with vineyards that grow world-class Pinot Noir grapes and make the perfect backdrop for summer picnics. For non-wine drinkers, hometown original brewer Ninkasi is helping expand the number of breweries, and there’s a growing distillery scene, too.”

New York in the summer without the insanity of the Hamptons.

“The region was recently named one of Lonely Planet’s Best Travel Destinations for 2019, thanks to the wealth of fly-fishing and hiking opportunities, as well as plenty of craft breweries and farm-to-table restaurants.”

The city that sounds like a person clearing their throat is a good place to clear the mind.

“Eighty miles and just an hour-and-a-half drive from Seattle, Cle Elum is ripe for a weekend away. The town sits at the base of the Cascade Mountains, near Wenatchee National Forest, and has tons of Pacific Northwest recreation. Take your pick: There’s hiking, fishing, and mountain biking, as well as craft brewery and winery hopping.”

Want to visit the most popular national park in America? It’s in Maryville.

“Explore the Great Smoky Mountains in East Tennessee from the foothill town of Maryville, 25 minutes outside of Knoxville and just 15 minutes from McGhee Tyson Airport. The Great Smoky Mountains National Park was the country’s most popular national park in 2018. During the summer months, visitors come for the waterfalls, wildflowers, and wildlife.”

Men’s Journal explains: “Less than two hours from Boston and a little farther from Manhattan, Westerly is a lesser-known vacation spot in the Ocean State. You’ll dodge the crowds of tourists that tend to swarm nearby Newport and Providence, but the same access to the beautiful Rhode Island Coastline and the best oysters, lobsters, and clams the Atlantic Ocean has to offer.”

In other words, avoid the Massholes at all costs.

“Big Sky country is especially idyllic under blue summer skies, and Pray is a prime entry point into Montana’s Paradise Valley and the Absaroka Mountain Range in the Custer Gallatin National Forest. It’s a small town just 35 minutes outside of Yellowstone National Park and about an hour from the city of Bozeman.”

Check out the complete list of weekend trip ideas for an unforgettable summer vacation from Men’s Journal and attempt to hit all 50.

I would, however, like to make a suggestion and change the original list of weekend trip ideas for an unforgettable summer vacation and eliminate Atlantic City, New Jersey.

It will be unforgettable for all the wrong reasons.

Instead, visit Brigantine, New Jersey. It’s a bridge away from AC, secluded, and a much safer place to roam after the sun goes down.