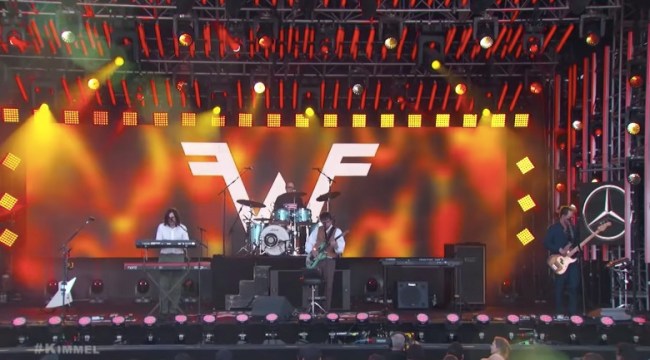 Weezer has been in the news for weeks now thanks to their cover of Toto’s ‘Africa’ that took off on social media after one fan spent months and months tweeting at the band in an effort to get them to play the 80’s hit. Initially, Weezer trolled that devoted fan and covered Toto’s ‘Rosanna’ but later they released a recording of their ‘Africa’ cover and thanks to the efforts of @weezerafrica it blew up.

Meanwhile, if you’re one of the band members in Toto and you see all of this publicity surrounding your biggest hit how are you not booking a worldwide tour? Weezer’s already got the Steve Porcaro from Toto out there playing this song with them. Why not get the band together and make some $$$$ while the iron is hot?