The Trailer For ‘Weird: The Al Yankovic Story’ With Daniel Radcliffe Is Impossible To Watch With A Straight Face 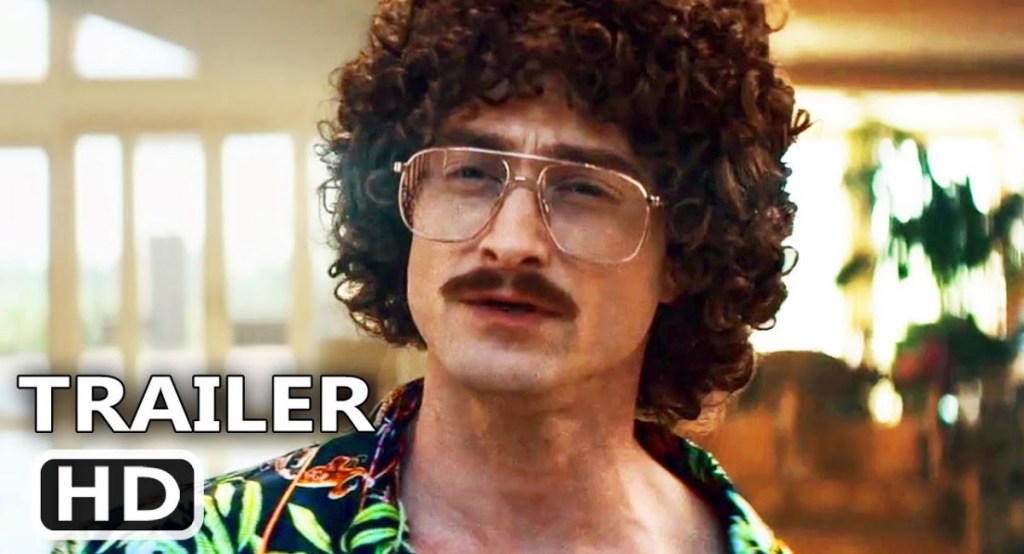 Weird Al Yankovic has been a fixture in the entertainment business since the 1970s. He has sold well over 12 million albums, performed over 1,000 concerts, and has been awarded 5 Grammy Awards for his comedic achievements.

Now, he’ll get a feature Hollywood film about his life titled Weird: The Al Yankovic Story that stars Daniel Radcliffe as Weird Al. Evan Rachel Wood plays Madonna in the film, Rainn Wilson will star as Southern California radio personality Dr. Demento who was instrumental in Weird Al’s ascension to fame, and other celebrities portrayed in the film include Oprah and Coolio.

The first Weird: The Al Yankovic Story trailer just dropped and it’s hard to say we had any expectations before this but based on the trailer, the expectations are now sky high. It’s impossible to watch this trailer with a straight face. It’s that good.

Weird Al Yankovic himself tweeted the first trailer to Weird: The Al Yankovic Story and he’s listed as a co-writer of the film.

So this isn’t one of those docu films where the person it’s about wants nothing to do with the project. It’s clear that Weird Al is all in on this one. The film was directed and co-written by Eric Appel who has Directing credits on New Girl, Brooklyn Nine-Nine, Blue Mountain State, Workaholics, and 50+ other projects. So he has an extensive background in Comedy.

Weird Al fans and other celebs were immediately loving the trailer.

It does indeed, but Weird Al got to cast Harry Potter to play himself. Who wouldn’t want Danie Radcliffe playing them in a movie?!

It takes a brave man to Walk Hard himself.

I’ve been ready since the original short came out 10+ years ago, lets do THIS!

I burned down the malt shop where we used to go just because it reminded me of this movie.

Weird: The Al Yankovic Story will be released on the Roku Channel on November 4, 2022. So the world will have to wait a few more weeks for this incredible film that will cover every facet of Weird Al’s life from his ‘celebrity love affairs’ to his ‘famously depraved lifestyle.’

I’m not even a big Weird Al fan and I’m very much looking forward to this, I can’t imagine how his diehard fans are feeling at this moment.