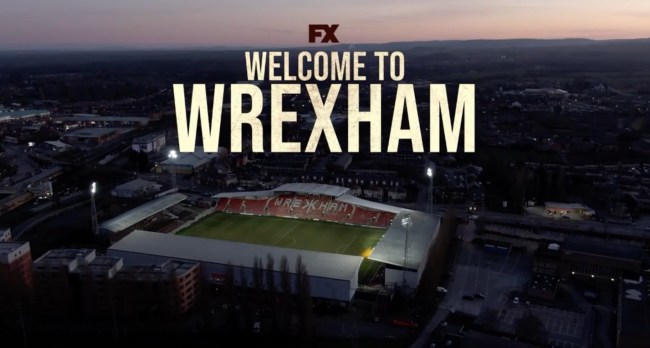 Back in February, eyebrows were raised when Deadpool himself Ryan Reynolds and It’s Always Sunny in Philadelphia creator Rob McElhenney took over a 100% controlling interest in Wrexham Football Club, making an initial $2.77M investment into the Welsh team that currently plays in the fifth division of the English football pyramid.

The designs behind Reynolds and McElhenney’s purchase of the club have now become clear, as FX has announced they’ve ordered two seasons of a docuseries, titled Welcome to Wrexham, that will follow the pair’s crash course into owning a football club in a working-class city.

“In 2020, Rob McElhenney and Ryan Reynolds teamed up to purchase Wrexham Football Club in the hopes of turning the club into an underdog story the whole world could root for. The worry? Rob and Ryan have no experience in football or working with each other. That said, they are serious about their investment in Wrexham, improving the cub, and doing right by the townspeople,” the official announcement from FX reads.

In tandem with the official announcement, Reynolds and McElhenney also released a teaser on social media to give fans an idea of what’s to come, which appears to be a cross between the Netflix documentary Sunderland Til I Die and the AppleTV+ comedy Ted Lasso.

“Rob McElhenney has been an all star on Team FX for years and now has partnered with the formidable Ryan Reynolds to bring glory to the ‘Red Dragons’ in the docuseries Welcome to Wrexham, FX President of Original Programming Nick Grad said in an official statement. Rob and Ryan will take fans inside the sport as ever before, pairing their genuine love for the game with the welcome challenge of building on the heritage of this club.”