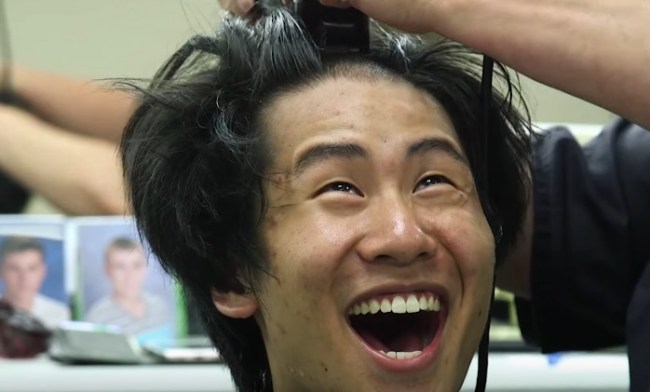 The United States Military Academy at West Point is a 4-year federal service academy that traces its roots back to 1801 when President Thomas Jefferson ordered plans for the Army academy to be opened. All students are officers-in-training and are referred to as “cadets”. When they graduate, most cadets are then commissioned as second lieutenants in the Army. Tuition is free (funded by the Army) in exchange for cadets agreeing to an active duty service obligation after graduation. Each class is approximately 1,300 cadets with roughly 1,000 of those cadets graduating from each class.

West Point is just up the Hudson river from NYC, located in West Point, New York but most New Yorkers don’t have a clue what actually goes on up at the military academy. Business Insider was able to bring cameras onto the campus for Day 1 this summer. “Reception Day” takes place each year on a sweltering morning in July when all of the cadets arrive, say emotional goodbyes to their parents, and are then introduced to what their lives are going to be like for the next 4 years:

I went to party schools for college (SMU and FSU). I cannot even fathom being mature enough to show up on Day 1 and take an oath to serve our nation in the Army. The idea of free tuition and coming out of college with an officer’s salary in the Army sounds pretty awesome though, doesn’t it?