‘What If…?’ Writer Explains Why Steve Rogers Is Actually A Horrible Soldier 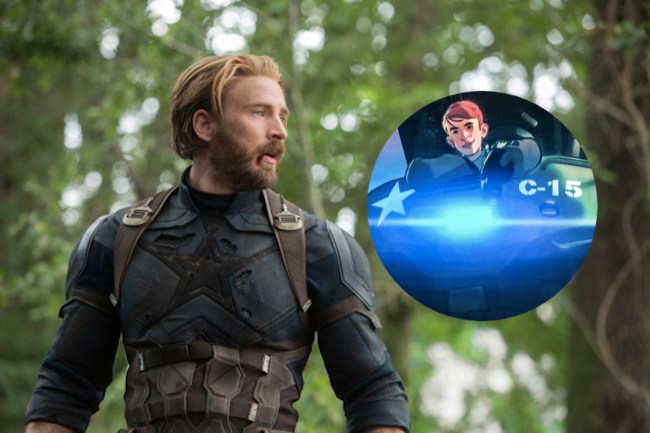 When What If…? premieres on Disney+ on Wednesday, not only will it mark the beginning of the first animated project in the Marvel Cinematic Universe, but it will introduce a brand new character into the fray as well: Hayley Atwell’s Captain Peggy Carter.

In Captain Carter’s universe, she — not Steve Rogers — is the only who receives the first dose of super-soldier serum, thus sending her, and her reality, down a completely different path than the one MCU fans have come to know.

Given that Captain Carter’s origin is intrinsically tied to that of Steve Rogers, you would imagine that creating a story for Peggy that lives up to and/or surpasses Steve’s is no small feat. However, according to head writer A.C. Bradley, Steve Rogers’ story didn’t really factor into Peggy Carter’s tale, as the two characters are actually quite different.

During the What If…? press conference, it was confirmed that Hayley Atwell’s Captain Carter would appear in future seasons, which made me curious what about *that specific* character made the creative team want to keep her around, especially given the shoes she has to fill i.e. Steve Rogers.

Steve Rogers, according to head writer A.C. Bradley, is very much different from Peggy Carter, though:

“What about Captain Carter made you want to feature her in future seasons, and how do you go about creating a character arc that lives up to or surpasses that of Steve Rogers?” I asked.

“I didn’t really look at Steve’s character arc that much. I love Steve Rogers — Steve Rogers is a man who runs on his own moral compass. That’s it,” Bradley told me.

“Everyone always thinks he’s a soldier, but he’s not. He’s actually a really horrible soldier because he never follows rules. He uses what he believes is true as his North Star and he will go to the ends of the world for that.”

As for Peggy, given the nature of her world, following orders is virtually her only option:

“Peggy is different — she’s a woman in the 1940s. She’s never been given the opportunity nor been given the chance to stay in the room, to have a voice. So this was us being like, ‘What would the world look like if the first super soldier was a woman?’ Well, the world was still the world, so she’s not going to be handed a shield and told to go out and lead a bunch of men. She’s going to have to fight for that, and probably fight harder than Steve had to. But she’s going to be driven by this fact that the serum hasn’t so much changed her — it’s given her the opportunity to show everyone of what she’s capable of.”

When you look back on Rogers’ arc throughout the MCU, Bradley is absolutely right: had Rogers simply been a good soldier, he would’ve signed the Sokovia Accords in Civil War no questions asked.

The series premiere of What If…?, which features Haley Atwell as Captain Peggy Carter, hits Disney+ on Wednesday, August 11.