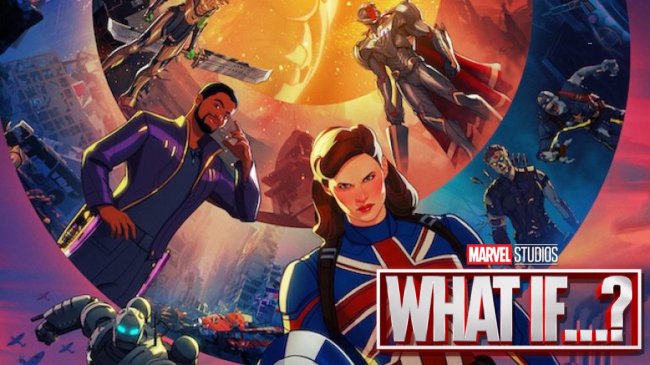 When Marvel Studios’ What If…? premieres on August 11, it will mark the first animated project in the 13-year history of the Marvel Cinematic Universe, and as a result, will usher in a new era in the MCU, as the medium of animation allows for stories that simply would not fly in live-action.

During an interview with What If…? head writer A.C. Bradley, I asked if working on the series was like being a kid in the candy story given the freedom it allows as a creative, as the heroes that can be featured and the stories that can be told are virtually endless. That said, just because a story can be told doesn’t mean it should.

Similar to a kid in a candy store, I reasoned, an adult needs to be in the room to make sure that you don’t overdose on sugar, which led me to my question of whether or not Marvel Studios had to walk Bradley and her team back from some of their crazier ideas.

“There were a couple of episodes that were a little too dark,” Bradley told us.

“There was an original ‘What If’ run where Spider-Man turns into a real spider, and that was just too dark and too body horror for the PG-13 [rating].”

While Bradley certainly has a point when it comes to the body horror aspect, fans of the 1990s Spider-Man cartoon will remember that the series had a couple of different episodes that featured Peter Parker turning into some version of a spider, whether that be Man-Spider or otherwise. What If…? is obviously more geared towards adults, therefore making a Man-Spider a little more difficult to pull off.

RELATED: ‘What If…?’ Director Says MCU Fans Have No Idea What To Expect In The Coming Years

The first episode of Marvel Studios’ What If…? hits Disney+ on Wednesday, August 11.