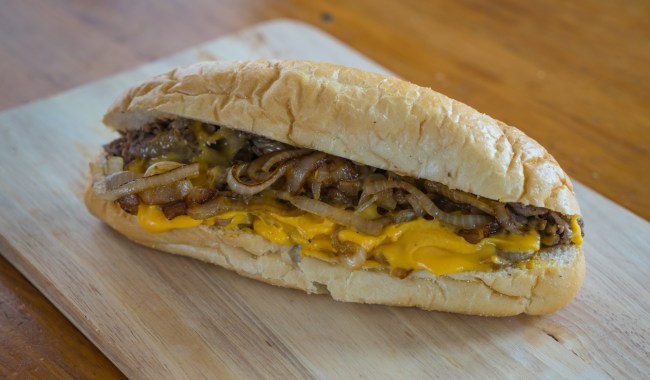 In my experience, any conversation that begins with “We need to talk about something” never ends well as it can usually only result in an awkward conversation about sex or the ill-advised decision to start a podcast with your friend that no one wants to listen to.

With that said, we need to talk about something, and if it makes you feel better, I promise you it has nothing to do with how your body works, how it doesn’t count if it was only hand stuff, or what a great deal you can get on a mattress shipped in a box the size of a minifridge delivered directly to your door using a discount code.

A couple of weeks ago, I was out drinking at an admittedly questionable hour of the day when my body abruptly reminded me I forgot to have breakfast and I decided to grab a menu to rectify that problem.

Common knowledge dictates nothing helps sober you up like pure, unadulterated grease so I naturally decided to order a Philly cheesesteak in an attempt to cancel out the alcohol because that’s just how science works.

It appeared my request was lost in translation when my food came out and I was greeted by a sandwich garnished with lettuce, tomato, and mayo, but when I inquired about the mixup, I was assured the order was correct.

After doing a bit of digging, I discovered even more toppings in the form of peppers and mushrooms buried below a layer of cheese that obscured the sliced steak and onions I’d been pining for.

Did I end up eating it? Yes, but only because I was already on the verge of being overserved and generally try to avoid annoying the people who serve my food after seeing Waiting too many times.

However, this was decidedly not a Philly cheesesteak, and if you consider this isn’t the first time a menu has lied to me, I think it’s time we had a serious chat about an all-too-common culinary crime. 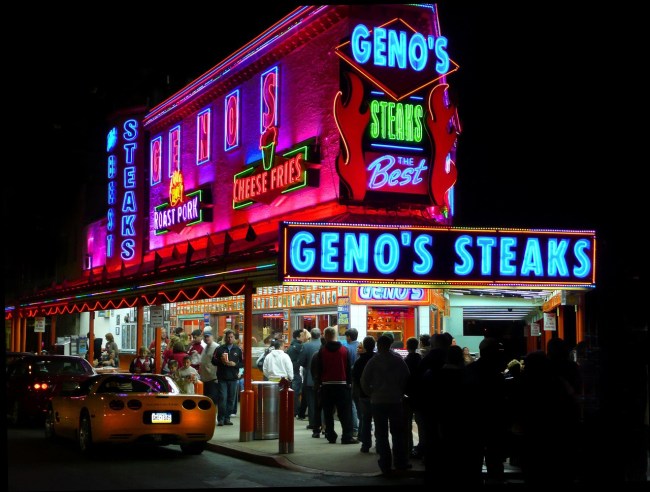 Before I continue, I want to emphasize that I’m not normally big on throwing the “authentic” label around when it comes to food.

At the end of the day, the only question that really matters is, “Does it taste good?” After all, you can still make a killer pasta sauce even if you’re not a hunched-over Italian woman who spends her entire Sunday stirring a pot of “gravy” made with tomatoes imported directly from Sicily and basil an angel used to wipe its taint.

With that said, labels exist for a reason, and if you’re going to insist on calling something “authentic” then you need to at least attempt to give a dish the respect it deserves, which brings us to the topic that brought you here.

As is the case with virtually every hallowed food item, there’s no one single person responsible for the Philly cheesesteak we know and love today but there seems to be a consensus on where it originated.

According to the city’s tourism board, the sandwich was originally dreamed up by Pat Olivieri (the eponymous co-founder of the famed Pat’s King of Steaks), who ran a food stand slinging hot dogs and fish cakes with his brother in the 1930s.

He decided to switch things up one day by having a butcher hook him up with some sliced meat, which he grilled up alongside some onions and threw onto a frankfurter bun (which he would eventually swap out for a crusty Italian roll) to create the first “cheesesteak.”

An astute reader may have noticed the cheesesteak in question was missing a pretty essential element promised by its namesake but First We Feast did a solid job examining the origins and it appears there are dueling stories about the introduction of dairy.

Some claim a Pat’s employee threw provolone on a sandwich at some point in the 1940s while the founder of Geno’s—the neon-lit rival across the street—says they were the first to do so when they opened for business in the mid-1960s.

However, one source says Pat’s is also responsible for the introduction of Cheez Whiz—the uncomfortably gooey and unnaturally yellow concoction that became a standard option—and when you consider they claim to have started offering it soon after it was unleashed onto the world in 1952, it appears we can credit Pat’s for putting the “cheese” in cheesesteak.

So where does that leave us? Well, by now you’ve been introduced to the essential elements of a Philly cheesesteak and you may have noticed at no point in the previous paragraphs did peppers, mushrooms, or fucking mayo rear their ugly heads.

If you want to throw that shit on your sandwich, feel free. However, if you want to call that sandwich a “Philly cheesesteak,” the only things that should be found on the hoagie you should be using are thinly sliced steak (preferably ribeye), cheese (traditionally provolone, American, or glorious Whiz), and sauteed (“fried”) onions.

If you want to omit any of those items, you can do so without altering the label (assuming we’re not talking about just a plain roll). However, any additional toppings make the sandwich in question a regular, normal, Phillyless “cheesesteak” and it should be marketed as such.

Thank you for your time and I hope you’ll go forward showing the Philly cheesesteak the deference it deserves. Now all we have to do is spread the word to seemingly every single sports bar in America and the world will be a better place because of it.