What Would People Give Up To Stay Connected To Social Media? A Whole Freaking Lot, It Turns Out 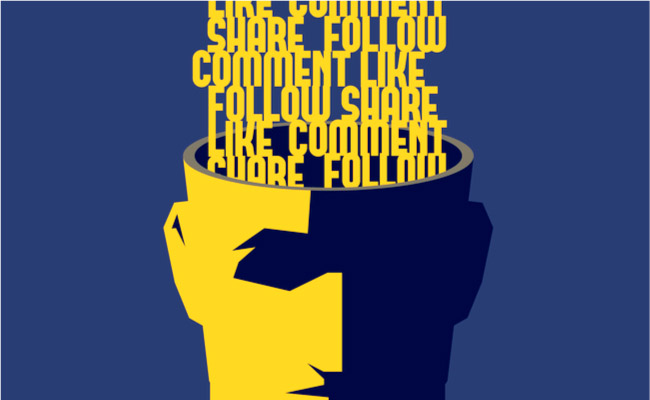 Most of the world now seems to, for good or bad, revolve around social media. Whether it’s Facebook, Instagram, Snapchat, Twitter, or any of a number of other apps and web sites, a whole lot of people are, let’s face it, addicted to social media.

We already learned back in December that an alarming number of college graduates would rather have student loans than give up Instagram. Maybe that has something to do with the alleged shady tactics Instagram, Facebook and other social media sites use. Maybe.

It’s gotten so bad, in fact, that a group of former Facebook and Google employees have banded together in an effort to stop technology from “hijacking our minds and society.”

Further proof of just how addicted many people are to social media is this new survey of more than 2,000 U.S. residents from all fifty states plus the District of Columbia conducted by YourStorageFinder.com.

According to YourStorageFinder.com’s report, American consumers now spend an estimated five hours a day on mobile devices and more than 80 percent of American adults use social media. But just HOW important are all of these virtual friends and followers to most Americans? What would they give up to stay connected? It turns out that we, as a society, are a lot closer to the worlds of Ready Player One and Wall-E than we’d probably like to admit.

A Year Without Social Media?
• 56.7% said they’d rather give up alcohol and 51% would give up coffee over Instagram, Twitter or Facebook.
• 36% would rather gain 10 pounds than give up social media for a year.
• 21.5% would rather live without air conditioning and 20.2% would give up sex before giving up social media for a year. 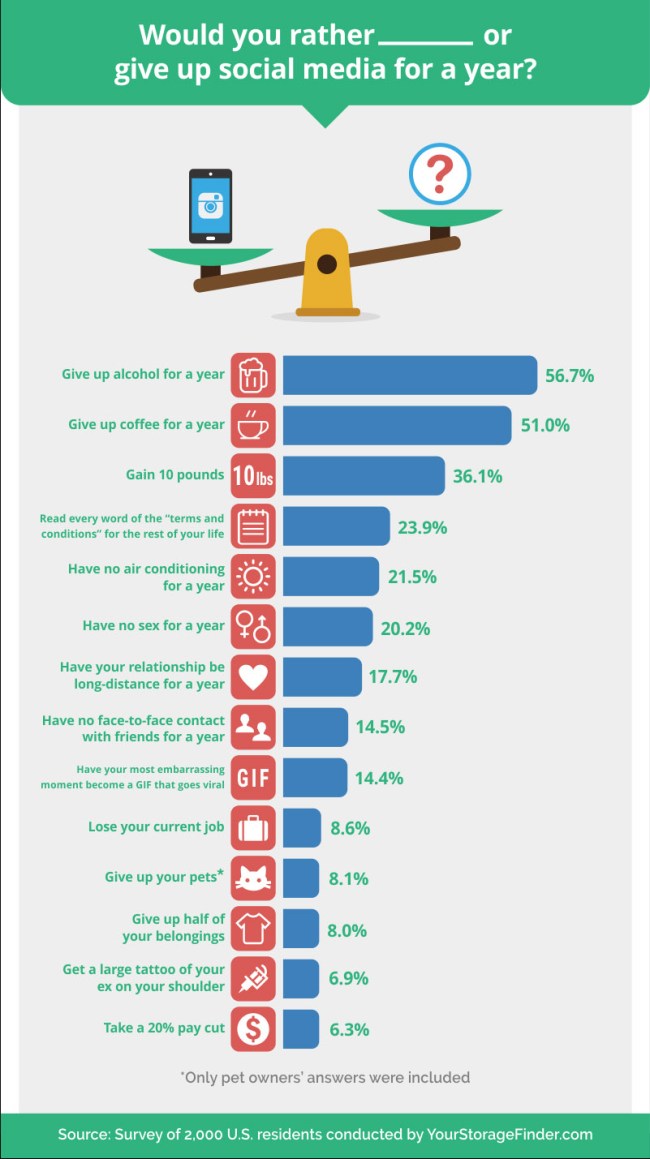 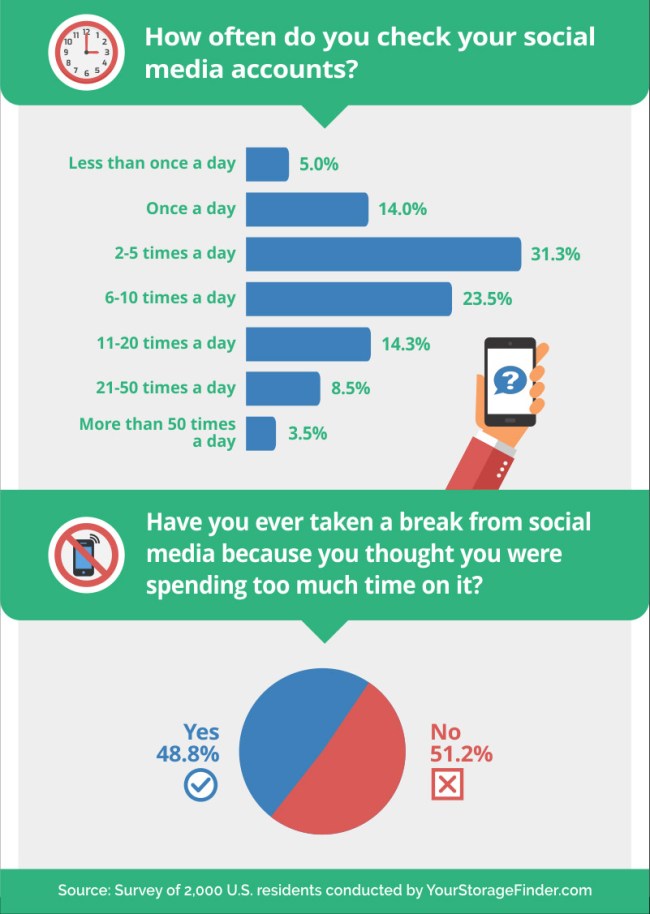 Sex vs. Social Media
• 25.5% of women said they’d rather be celibate for a year than give up their virtual friends.
• 36.1% of divorced people are willing to forego physical intimacy to keep their social media accounts.
• 86.5% of men said they would give up social media to keep having sex. 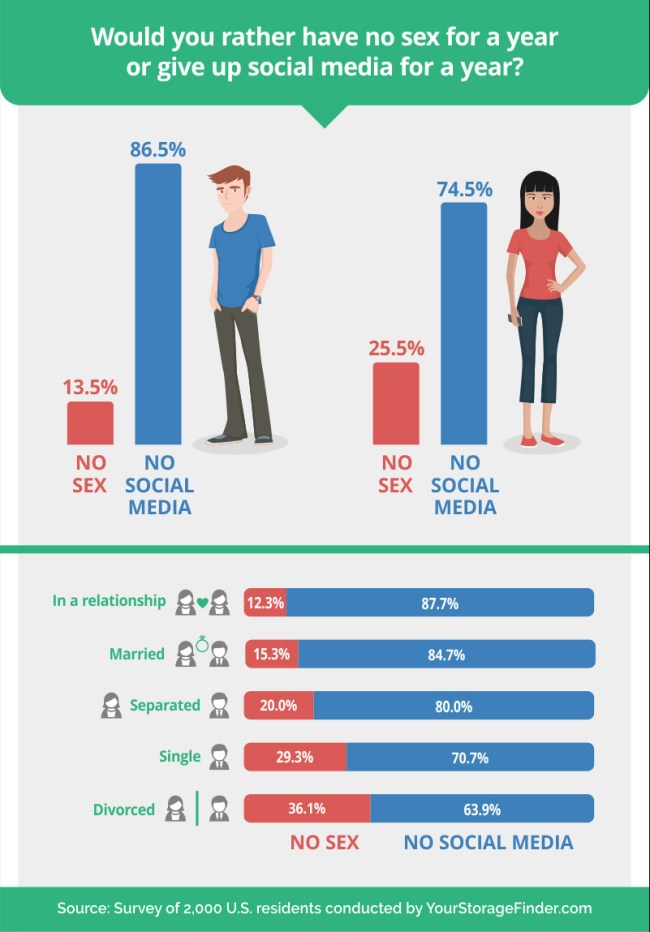 Date Nights vs. Social Media
• 66.4% would rather give up social media for a year than go 12 months without date nights.
• Only 28.7% of men would sacrifice date nights for social media.
• 37.1% of women were willing to give up evenings out to stay active on social media. 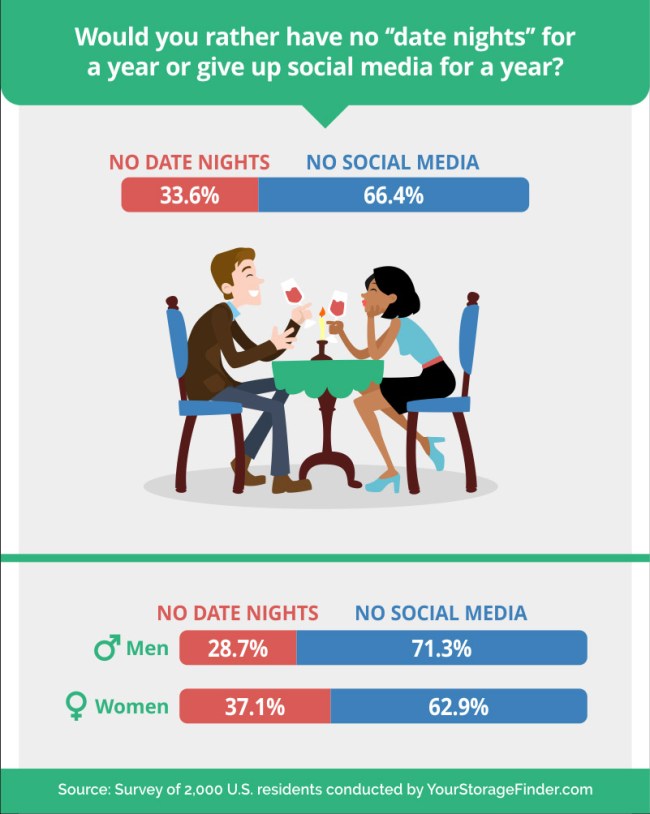 Pets vs. Social Media
• 8.1% of our pet-owning respondents said they would rather give them up than lose their social media accounts.
• 10.3% of men said they’d get rid of their pets to keep using social media.
• 6.7% of women chose social media over their pets. 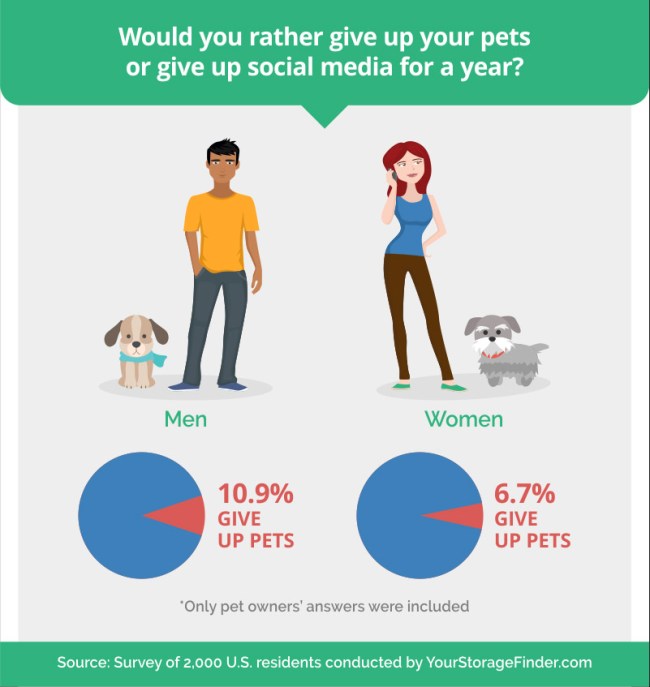 Coffee vs. Social Media
• 51% said they’d give up coffee to keep their social media accounts active.
• 53.4% of Millennials said they’d rather forego coffee than social media.
• 41.6% of Baby Boomers and 48.8% of Generation Xers would also give up their java. 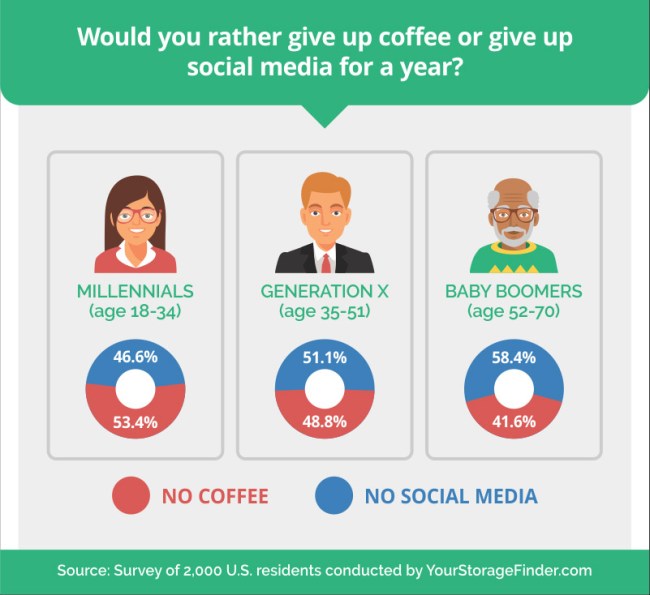 Political Power vs. Social Media
• 63.7% said they’d be willing to log off for a year to guarantee a win for their preferred candidate in the 2020 election.
• 70.8% of Democrats said they would give up social media to influence the outcome of the next Presidential election.
• 54.3% Republicans would do the same. 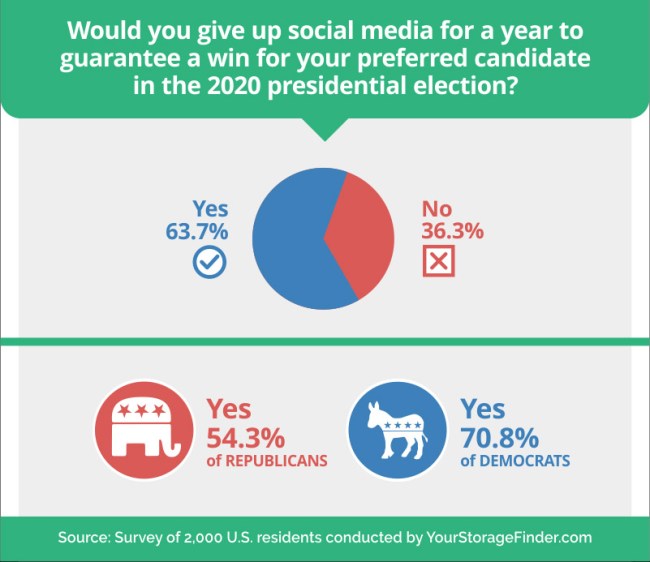 Voting vs. Social Media
• 70.1% of Americans would sooner give up social media for the rest of their lives than never cast another ballot.
• 76.5% of Democrats felt slightly more strongly about preserving their voting rights.
• 66.5% Republicans felt the same. 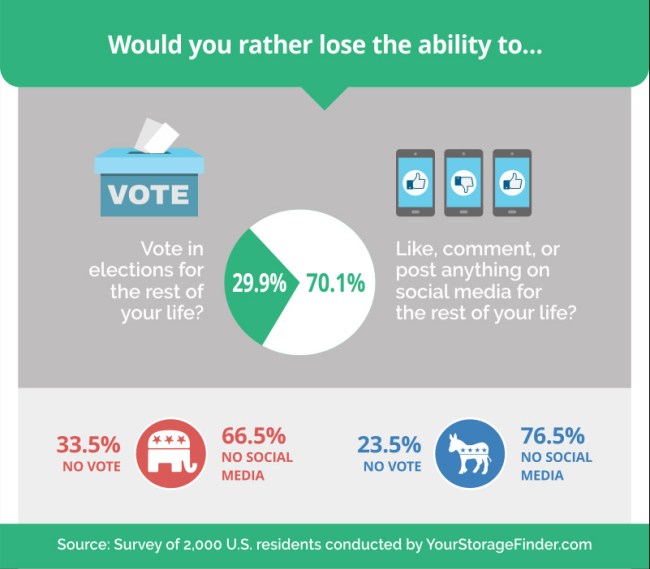 Speed in Real Life vs. Online
• 67.4% of Americans would rather always get stuck in traffic than always have a slow Internet connection.
• 75.4% would sooner log off social media than have to rely on buses, subways, and other modes of public transit. 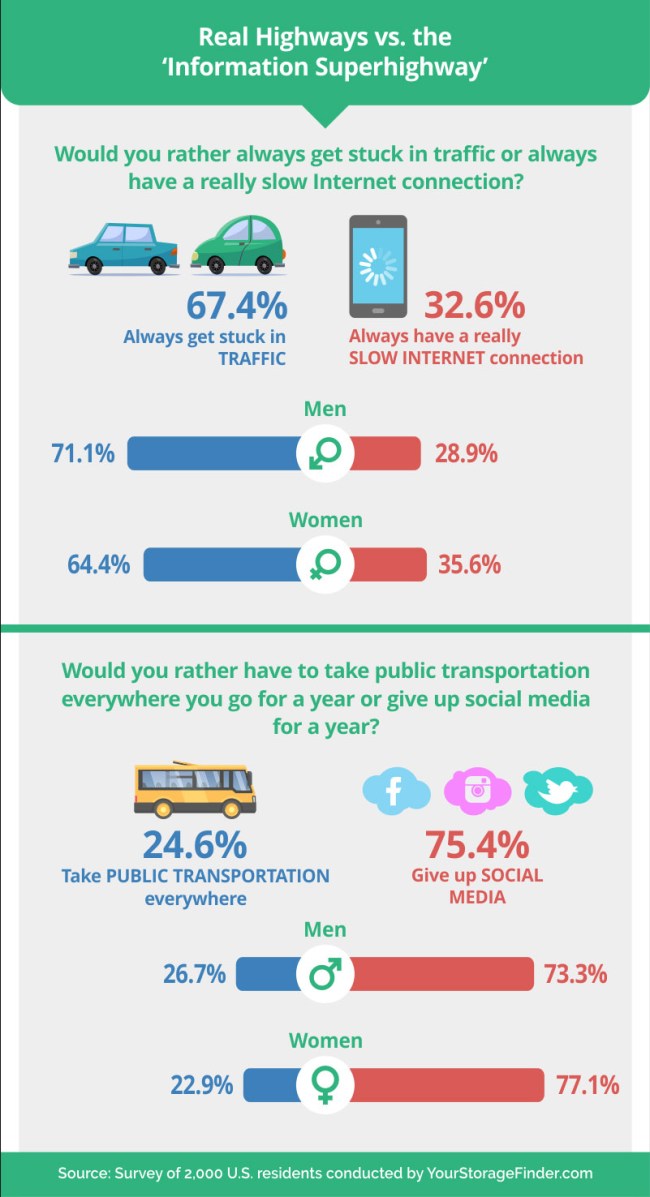 Physical Possessions vs. Social Media
• 8% said they’d sooner give up half of their belongings than forego social media for a year.
• 12.4% of Baby Boomers said they’d do it, but only 8.6% of Generation Xers and 7.1% of Millennials felt the same way.
• 9.4% of women agreed, but only 6.3% of men did. 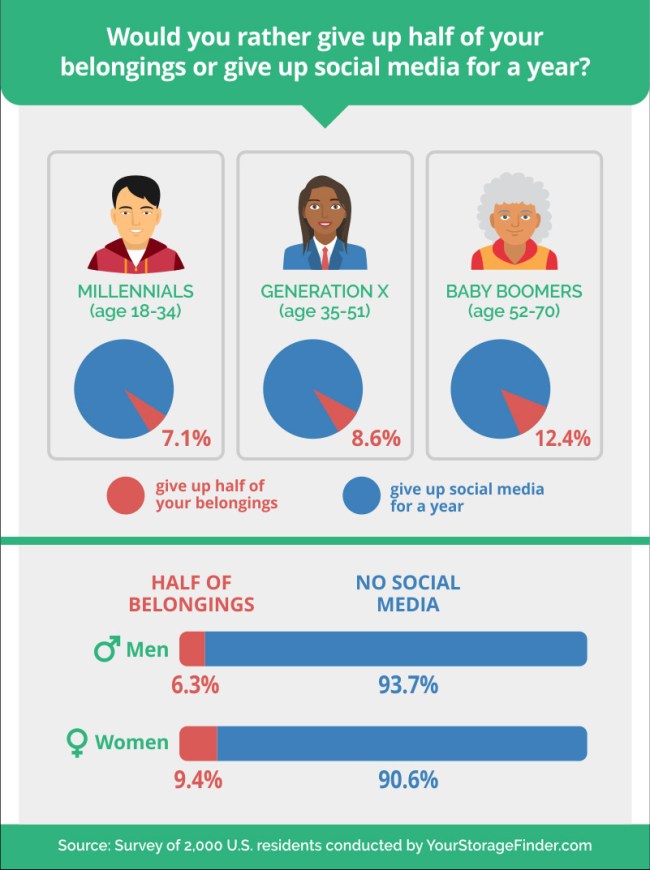 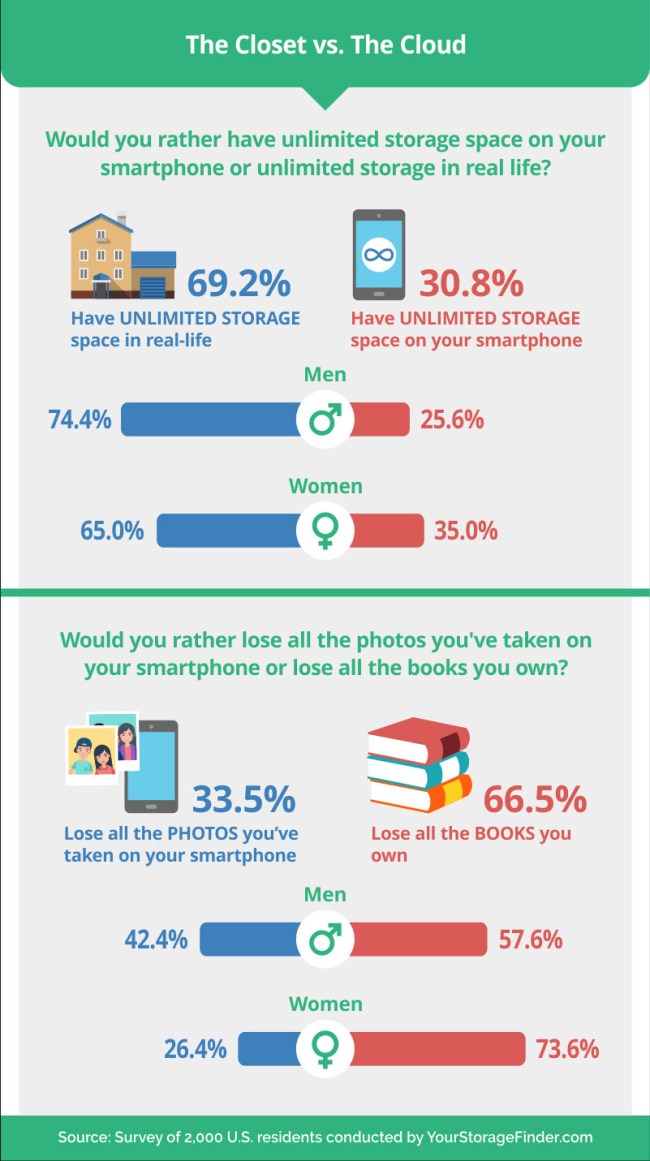 View the full results of YourStorageFinder.com’s study as well as the methodology used here.