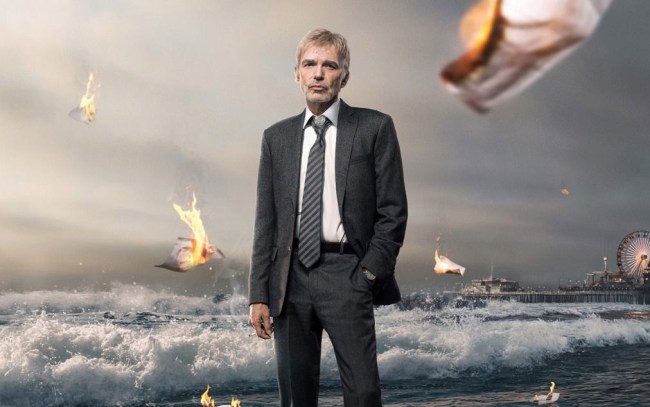 Finally, things are starting to warm up outside. Not that it matters much to us. We have way too many movies and TV shows we still have to watch on our televisions, tablets, phones and computers. Mabye next year we’ll go outside.

Speaking of movies and TV shows we still have to watch, check out what’s new on Amazon Prime Video for the month of June. For beginners, June brings us four Prime Original series and one Prime Original movie exclusively available for Prime members to stream or download at no additional cost to their membership.

Wonder Wheel: The Amazon Original movie follows a dramatic tale of passion, violence and betrayal, tells the story of four characters whose lives intertwine amid the hustle and bustle of the Coney Island amusement park in the 1950s. (June 1)

Lost in Oz 1B: The Prime Original Emmy Award-Winning series takes Dorothy, Toto, and their friends to new, magical, and perilous lands, as well as some surprisingly familiar worlds. They’ll make new friends, face new enemies, and reunite with loved ones from Emerald City and beyond! (June 8)

Goliath 2: The Prime Original series focuses on Billy McBride as he returns to defend a 16-year-old boy accused of a grisly double homicide. Billy, Patty and team fervently build their case in the seedy underworld of LA, squaring off with a dirty cop, a ruthless drug lord and a prosecutor to prove the boy’s innocence. Goliath season two is available in UHD on compatible HDR devices. (June 15)

If You Give a Mouse a Cookie 1B: The Prime Original series follows the get together of Mouse and friends as one thing leads to another in the most unexpected ways. You just never know where things will end up, but you can be sure that if Mouse and friends go on an adventure together, then they will just have to have fun the whole time. (June 26)

A Very English Scandal S1: The Prime Original Series is the shocking true story of the first British politician to stand trial for conspiracy and incitement to murder. Hugh Grant is to return to television screens for the first time since the early 1990s as the disgraced MP Jeremy Thorpe, who in 1979 was tried but acquitted of conspiring to murder his ex-lover Norman Scott, played by Ben Whishaw. A Very English Scandal season one is available in UHD on compatible HDR devices. (June TBD)

Titles available to rent or purchase on Prime Video will include kids film Sherlock Gnomes starring Mary J Blige and Emily Blunt, along with horror flick Strangers: Prey at Night.

Coming to Prime Video Channels in June, HBO will premiere a drama series, Succession, about a dysfunctional American family, and will conclude popular sci-fi western, Westworld. Cinemax will premiere a miniseries, C.B. Strike, based on an adaptation of J.K. Rowling’s crime novels, and CBS All Access will debut original series, Strange Angel. Showtime features three boxing events this month, including Santa Cruz vs. Mares II (June 9), Spence vs. Ocampo (June 16), and Shields vs. Gabriels (June 22).

NEW IN JUNE – AVAILABLE FOR STREAMING ON PRIME VIDEO CHANNELS