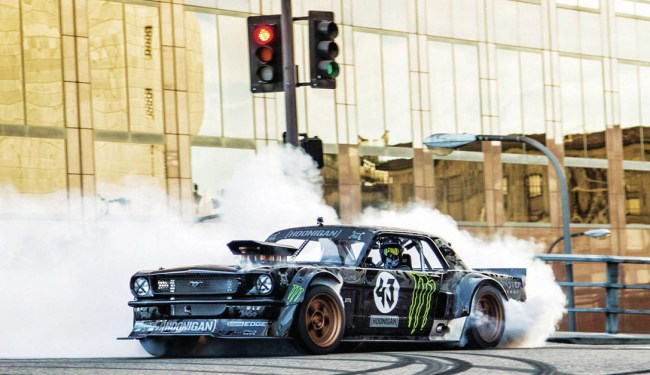 Unfortunately, Conor McGregor doesn’t have a fight every week and the NFL does not play games 24/7 between September and February as most of us would like. Which leaves a huge gap of free time where we have to find something else to watch.

The good news is, one, NFL Network exists, and two, there is a plethora of TV shows and movies available on our televisions, tablets, phones and computers through streaming services like Amazon Prime.

Speaking of which, check out what’s new on Amazon Prime Video for the month of November 2018.

• Homecoming S1: The Prime Original series is a psychological thriller starring Julia Roberts and directed by Sam Esmail. The series follows Heidi Bergman, a caseworker at the Homecoming Transitional Support Center. Four years after leaving her job, Heidi is approached by a Department of Defense auditor who questions why she left her job at the Homecoming facility. Heidi begins to realize that there’s a whole other story behind the story she’s been telling herself. Homecoming will be available in UHD and HDR on compatible HDR devices. (Nov. 2)

• Beat S1: The Prime Original series follows a promoter in Berlin’s most famous techno club. As the European Secret Service recruits him as an undercover insider, he discovers the shocking extent of corruption in his close network – and also his personal limits. Beat will be available in UHD and HDR on compatible HDR devices. (Nov. 9)

• Little Big Awesome S1b: The Prime Original series follows Gluko and Lennon, the two best friends ever of all time in the history of everything. While having weird and wonderful adventures around Townopolis, these besties help the citizens live their best lives, even if helping sometimes causes more problems than it solves. (Nov. 9)

• Patriot S2: The Prime Original series follows John in season two as he works to salvage a deteriorating covert mission to rescue his brother, while their father orders a failsafe: to assassinate the Iranian presidential candidate. Meanwhile, John’s team of allies has grown, but so has his adversaries, and his efforts to navigate these forces come at a heavy cost. Patriot will be available in UHD and HDR on compatible HDR devices. (Nov. 9)

• Gymkhana Files S1: The Prime Original eight-episode series features motorsports star and entrepreneur Ken Block and the making of Gymkhana 10, the tenth installment of his award-winning Gymkhana film series. Prime Video will be the exclusive worldwide home of Gymkhana 10 for the first 10 days of release. Gymkhana Files will be available in UHD and HDR on compatible HDR devices. (Nov. 16)

• Kung Fu Panda: The Paws of Destiny S1a: The Prime Original series focuses on Po, the Dragon Master, as he endures his fair share of epic challenges and prepares for his greatest one yet—as a Kung Fu teacher to a group of rambunctious kids from Panda Village who have been imbued with a mysterious and powerful chi energy. (Nov. 16)

• Pete the Cat: A Very Groovy Christmas: The Prime Original special chronicles the adventure of Pete and the gang trying to find the Christmas Cat so that they can get cool gifts. During their hunt, though, they end up helping various family along the way. Will they find out that giving is the best way to truly enjoy the holiday? (Nov. 20)

• Creative Galaxy: Arty’s Holiday Masterpiece: The Prime Original special follows Arty as he makes a special cookie ornament to surprise his family. But it magically comes to life and runs away, leading Arty on an adventure helping his friends prepare for their own holiday celebrations. (Nov. 20)

• Inside Jokes S1: The Prime Original six-episode series, in collaboration with the Montreal Just for Laughs festival, follows up-and-coming comedians in New York and Los Angeles as they compete to be selected for the New Faces showcase. Inside Jokes will be available in UHD on compatible devices. (Nov. 30)

• Mirzapur S1: The Prime Original series chronicles the story of Akhandanand Tripathi, a millionaire carpet exporter, and the mafia don of Mirzapur. His son, Munna, is an unworthy heir who will stop at nothing to inherit his father’s legacy. An incident at a wedding snowballs into a game of ambition, power, and greed that threatens the fabric of this lawless city. Mirzapur will be available in UHD on compatible devices. (TBD)

In addition to Prime Originals, licensed TV series coming to the service include season 3 of Syfy’s hit-series The Expanse, season 3 of PBS Masterpiece’s British-comedy series The Durrells in Corfu and season 1 of drama series Little Women. Additionally, blockbusters including Downsizing (Matt Damon and Christopher Waltz), McQueen (Alexander McQueen) and 21 (Jim Sturgess and Kate Bosworth) will become available on Prime Video. And just in time for the holidays, films like Christmas with the Kranks (Tim Allen and Jamie Lee Curtis) and Mr. Bean’s Holiday (Rowan Atkinson) will also join Prime Video next month.

Coming to Prime Video Channels in November, stream family movies and series including the new series Pinkalicious & Peterrific on PBS Kids and popular Disney favorites like Frozen, Big Hero 6, and Inside Out on STARZ. Additionally, the fourth season of the hit drama Outlander will premiere on STARZ, while a new, limited series Escape at Dannemora will launch on Showtime and season two of Jamestown is set to return on PBS Masterpiece.

This month, you can also get your sports-streaming action on Prime Video, including the UFC 230 fight on PPV streaming November 3, ATP Next Gen Finals live from Milan, Italy on November 7-11, and Thursday Night Football on Prime Video: Oakland Raiders vs. San Francisco 49ers on November 1; Carolina Panthers vs. Pittsburgh Steelers on November 8; Green Bay Packers vs. Seattle Seahawks on November 15; and New Orleans Saints vs. Dallas Cowboys on November 29.

November 6
The Durrells in Corfu, Season 3

NEW IN NOVEMBER – AVAILABLE FOR RENT/PURCHASE ON PRIME VIDEO

NEW IN NOVEMBER – AVAILABLE FOR STREAMING ON PRIME VIDEO CHANNELS

November 17
Inside Out, STARZ