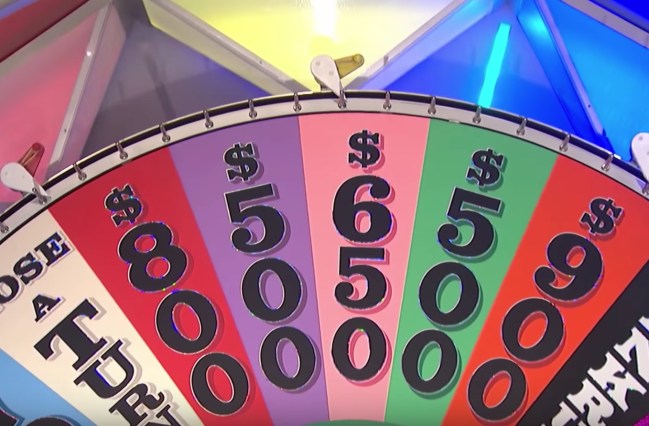 I’ve never been all-in on Wheel of Fortune. I don’t enjoy it half as much as watching Jeopardy! probably because so much of the game is left up to chance there’s really not a ton of skill that goes into winning 90% of the puzzles.

With that said, the ‘Mythological Hero Achilles’ is easily one of my top-3 game show moments in history. We’re here to check out the clip below but before we get to that I just want to point out that I could watch this shit on repeat forever because it gets better with every loop:

I see Achilles is trending and I know it’s John Wall but all I can’t think about is ‘Mythological Hero Achilles’ pic.twitter.com/sH3o1cpsjk

Anyway, in one of the best displays of actual skill to ever show up on Wheel of Fortune this contestant solved a 5-word puzzle with only two letters revealed. Were they foolish for attempting to solve without revealing any more letters? Sure. They could’ve played this very differently and won some more money. Instead, she only won $650 but also scored a free trip to Peru thanks to this being a prize puzzle.

Again, she could’ve walked away with more $$$$ if she just spun the wheel. Ther’es always the risk of going bankrupt but there’s also the risk that you look like a complete dipshit when you try and solve a puzzle with only two letters revealed and get it wrong. It’s a miracle that she actually solved the puzzled because it could’ve been any number of responses. Still, it was impressive and fun to watch.

Shout out to For The Win for sharing this clip earlier today.