Wheeler Walker, Jr. Still Has An Axe To Grind With The Music Industry 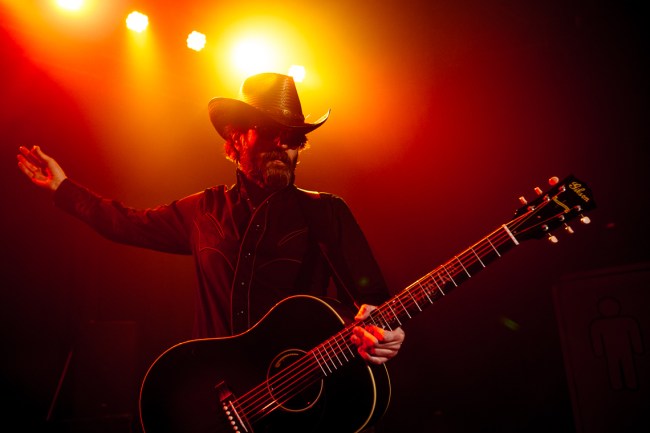 In 2016, I was driving down the road listening to SiriusXM’s Outlaw Country channel and heard these lyrics:

“Don’t mean to upset you
Don’t mean to offend
Can you talk to your family and see if they’re in?
All the dinners and the parties
I always felt they lacked me
I wanna nail everyone in your family tree”

“Well now, that’s different,” I thought to myself.

When I completed the song – and the DJ, Hillbilly Jim, said it was someone named Wheeler Walker, Jr. and the song was called “Family Tree.” I was struck by the contrast between its lyrics and the production quality. Quite frankly, setting aside just the music – the composition – I thought it was as good as any country song I’d heard in recent memory.

I wanted to know more and requested an interview with Wheeler. Then in late 2017, I conducted one other with him. And then another one the following year, focusing on everything wrong with Nashville music industry gatekeepers. Many criticized me at the time for interviewing him, wondering why I would supply oxygen to a guy who only knows how to articulate his feelings through vulgar four-letter expletives.

But here’s what I thought many were missing or simply ignoring: Wheeler Walker, Jr., is a character played by comedian Ben Hoffman. And yes – some do actually find him hilarious. But understandably, many find his profanity-laced music and video rants to be utterly repulsive.

But in the same vein as how Lenny Bruce or Andy Kaufman were perceived in their times, I find what he’s doing to be fascinating.

Thus, the reason I am more than willing to speak with Hoffman as Wheeler – and he joins me for the most recent episode of The Load Out Music Podcast – is because he is a remarkable talent. And if you dig a bit deeper, you find that talent follows talent. That’s why Dave Cobb – who has produced albums for Brandi Carlisle, Chris Stapleton, John Prine, Sturgill Simpson, The Highwomen, and countless other stars – has now worked with Hoffman as Wheeler on two albums, including his most recent, which drops April 15.

But through Wheeler, Hoffman is trying to make a point about, among other things, modern culture, cancel culture and the state of country music – which he truly despises.

So, breathe deep, have a listen and try to read between the lines, if you can.