When Does Christmas Season Start – The Day After Halloween Or Black Friday? 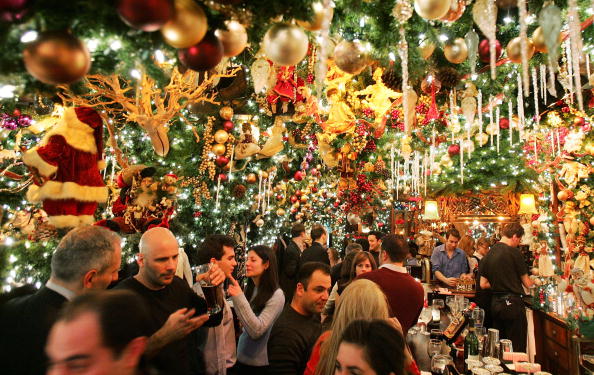 As of today, there are only 42 days until Christmas Day. But when does Christmas SZN kick off? We are talking about Christmas in the terms of the non-religious aspect that stirs up feelings of benevolence, fellowship, and goodwill towards everyone.

There are also pagan festivities that happen around the same time as Christmas and pre-date Christianity by hundreds of years. Ancient civilizations celebrated the winter solstice such as the Romans observing the holiday called Saturnalia, named for the god Saturn. Saturnalia dates back to at least 497 BC and included huge banquets, drinking, merrymaking, and gift-giving. Sound familiar? Christians adopted many pagan rituals to make recruiting new members to their religion easier. Even the idea of a Christmas tree has roots tied to pagan rituals of bringing plants and trees indoors during the winter.

Let’s look at some events to determine when the Christmas season begins. If you were vacationing in Disney two weeks ago, then you’ll be convinced that Xmas SZN starts on November 1st. People were celebrating Halloween into the wee hours of the night and then returned early the next morning to find Christmas decorations scattered around the most Magical Place on Earth.

And just like that it’s Christmas! We were in the park last night until 1:30am and went back this morning at opening and it’s all festive!! It’s not fully decorated yet but holiday music is back and I am all for it!!

November first and that means CHRISTMAS! We high tailed it over to Magic Kingdom this morning to see the first of the decorations and had a blast! They’ll be dressing up all the parks & resorts over the next week-ish but you can catch a bit of the early Christmas-ifying action on my story. 🎄🎄🎄 . What’s the first thing you do to get ready for the Holidays? For me it’s breaking out those holiday pillows 😂 . . . #waltdisneyworld #magickingdom #disney #disneychristmas #mvmcp #disneyvacationclub #dvcmember

Retailers are the most eager Christmas revelers and some stores start busting out Christmas decorations in September.

Walked into local hardware store and this is the first thing I see. Christmas in September. pic.twitter.com/Wsd2xlyeJA

Some ardent retailers even roll out their Christmas decorations in August, which should be illegal because who wants to listen to Christmas music (which allegedly can cause mental illness if overexposed) for four months?

There are overexuberant Christmas zealots who believe that Christmas starts the day after Halloween. 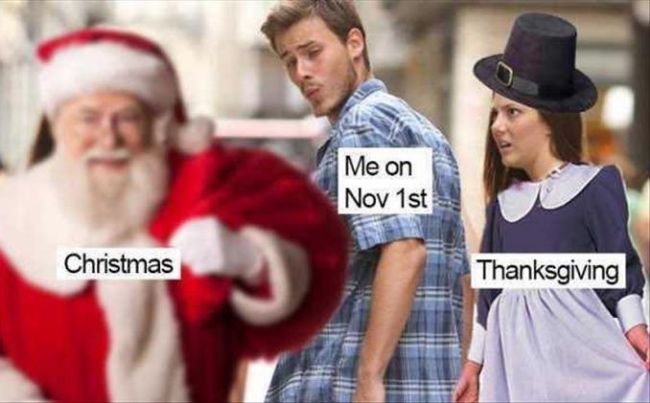 Do you put up your Christmas tree up the day after Halloween? Why do you hate turkeys and Thanksgiving? There is one study that suggests people who put up Christmas decorations earlier are happier. However, the crippling anxiety of taking a trip to a jam-packed mall in what will obviously be a feeble attempt to find the perfect holiday gifts for loved ones can make all your Christmas jeer disappear.

There are even Christmas extremists such as legendary wrestler Mick Foley who actually have a dedicated “Christmas Room” so they can celebrate the Christmas season 365 days a year.

Let’s be honest, Christmas at the very earliest starts once Thanksgiving dinner is over and the last slice of pumpkin pie slides down your gullet and into your bloated gut. But it definitely should not be a second sooner.