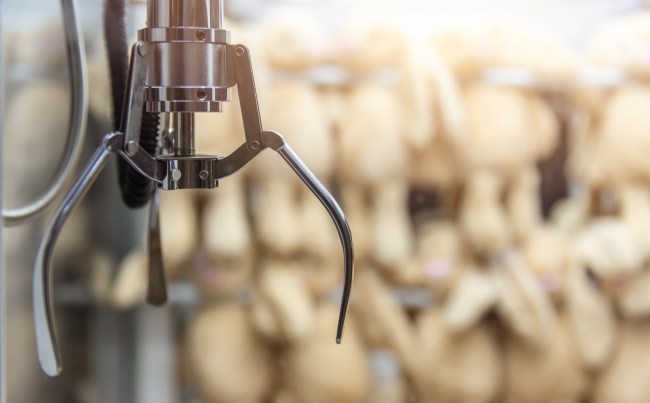 I might not have grown up in the 1980s but that doesn’t mean I totally missed out on the experience of hitting up an arcade with your friends thanks to the likes of Barcade and other establishments that let you get your drink on while playing Teenage Mutant Ninja Turtles and NBA Jam.

Even if you haven’t had the chance to experience a bar stocked with classic gaming cabinets, if you’re like me, you’ve probably still wasted countless dollar bills at places where you can play Big Buck Hunter and Golden Tee while catching a buzz.

Back when I was in college, my bar of choice had Pop-a-Shot and one of those machines that encourage people to get their anger out by wailing on a punching bag instead of the face of their fellow patrons but it also featured a game that would become my mortal enemy: a claw machine.

Sure, I had no real use for a stuffed animal but that didn’t stop me from spending too much money in pursuit of one. However, if the bar in question had featured the prizes being offered at one place in Arizona, I can’t even imagine how much my unimpressive bank account would have suffered.

Busted Coverage got its hands on a video taking at El Hefe, which now features a claw machine filled with White Claw, the hard seltzer that’s recently become all the rage and has surpassed virtually every craft beer in existence as far as sales are concerned.

We truly live in wonderful times.