Who Is Cedric Joe? Meet The Actor Who Plays LeBron James’ Son In ‘Space Jam: A New Legacy’

Teen actor Cedric Joe’s career is exploding overnight. The 16-year-old actor had previously appeared in an episode of Modern Family and other TV shows. But the career of Cedric Joe has taken off after playing LeBron’s son in Space Jam: A New Legacy.

The future is bright for the 16-year-old actor from California. Here we get to know him better in that video above. Cedric brought Whistle into his life for a behind-the-scenes look at his home and his beloved dog. This was part of Whistle’s ‘Meet the Pets’ series where we get to know actors, athletes, and celebrities while meeting their canine companions as well.

In the video above, Cedric Joe discusses what it was like meeting LeBron James for the first time during the audition process (around the 2-minute mark). LeBron is one of the biggest celebrities on the planet and he leaves adults starstruck all the time. Cedric Joe is a 16-year-old who was expectedly stunned by meeting LeBron. Joe was also stunned to learn that LeBron is a lefty.

Who is Cedric Joe?

Actor Cedric Joe is a 16-year-old actor from California. His first TV credit was as ‘Young Jordan’ in a 2017 episode of Game Shakers. Cedric has also appeared in Modern Family, Loving Him, Good Trouble, and Women of the Movement (2021) as Emmett Till.

Cedric Joe’s biggest project to date is appearing as LeBron James’ son, Dom James, in Space Jam: A New Legacy. That film earned over $31 million in its opening weekend at the box office while simultaneously appearing on HBO Max for subscribers.

Cedric is best known as Ced to those around him. That’s the nickname he has chosen to go by. His 5-year-old rescue dog is named Jax and in the clip above we get to know the actor by him showing off his canine companion.

Cedric Joe states that he’s always been a LeBron James fan long before working with him on Space Jam: A New Legacy. This is obviously 100% believable. Ced is a teenage actor from California who is working in Los Angeles. LeBron James plays for the Lakers. Of COURSE he’s going to be a huge LeBron fan.

The first time Cedric Joe met LeBron James was at the Lakers’ training facility. LeBron and others were in a glass room. Cedric was going through the auditioning process and needed to use the bathroom. As he turned the corner he caught eyes with LeBron and said his heart has never beaten so fast as that moment.

To collect himself, Cedric went into the bathroom and washed his face with water to calm down. Then Ced knew that he’d need to remain calm and collected during the audition. He says he tried to ‘live in the moment’ during the audition to keep it together and not get overwhelmed.

In the clip above, Cedric Joe shares some interesting details about LeBron James that he learned while working together on set. Just hit the ‘play’ button on the video from Whistle’s ‘Meet the Pets’ series and you’re goot to go! You can also find Cedric Joe on Instagram at @cedricjoeofficial. 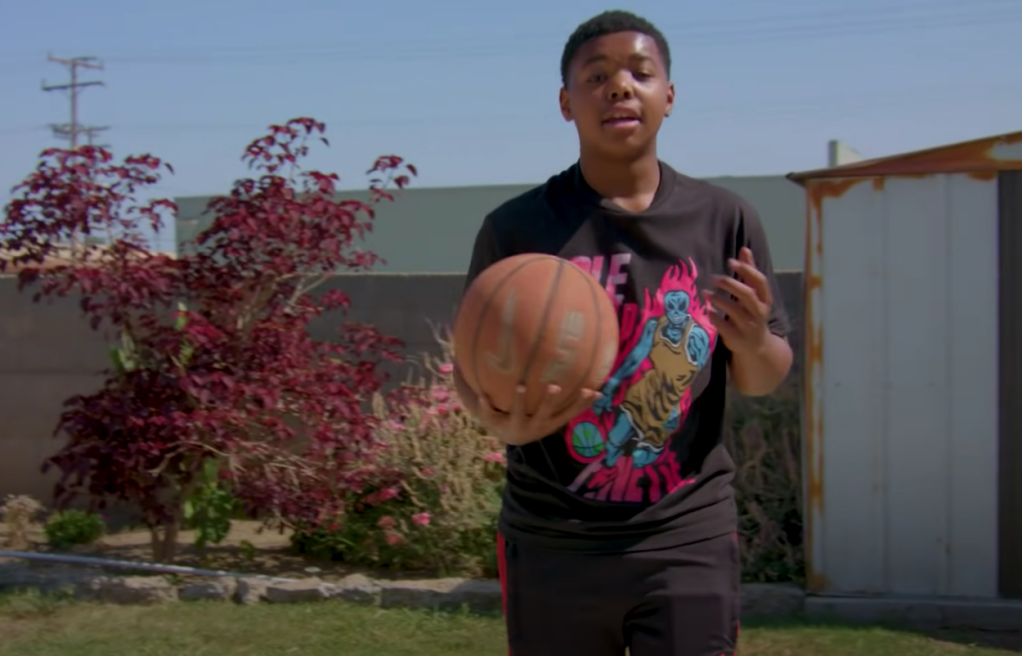