Who Would Win In A Fight? Christian Bale’s Batman Or Ben Affleck’s Batman? 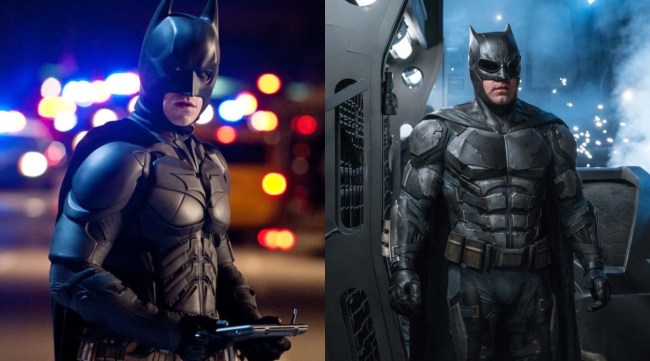 Given our current global situation, news of all kinds — whether it be sports, entertainment, or otherwise — has slowed to almost a complete halt.

Luckily, though, I’m a glass-half-full kind of guy, so I realized that while there’s less day-to-day news for me to write about, I’ve got more room and time to stretch my creative wings, thus resulting in our new series: Who Would Win In A Fight?

I kicked it off last week with a clash of two iconic Brad Pitt brawlers: Tyler Durden from Fight Club and Mickey from Snatch. In the end, Mickey came away with a First Round TKO as his combination of hand-speed and boxing skill simply proved to be too much precision for Durden’s unrefined combat style.

After getting my feet wet and working out the kinks, I’m now diving headfirst into the world of hypothetical bouts between famous movie characters, as we take a look at perhaps the pop-culture character that I know the most about: Batman.

So, who would win in a fight: Christian Bale’s Batman or Ben Affleck’s Batman? To the tape… 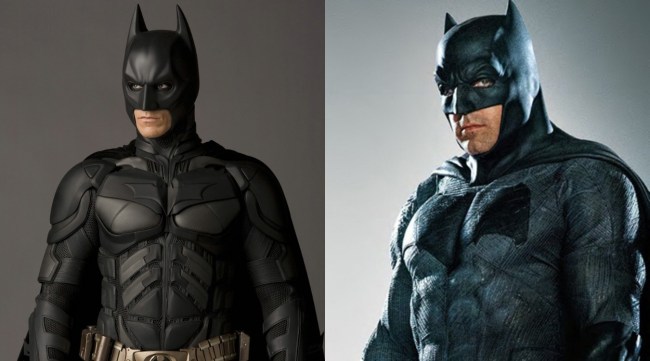 Let’s get the easy one out of the way: Ben Affleck is simply a bigger dude than Christian Bale.

This one’s a little controversial but follow me here: my reasoning is that Bane is a more difficult opponent than anyone we saw Affleck’s Batman take on, let alone defeat.

Yes, Bale lost the first fight, but he was absolutely blind-sided and still put up a decent fight. The only evidence we have of Affleck’s combat skills are his fight against Superman (which is tough to gauge, because without the use of his powers, Superman is not necessarily known for his fighting ability) and his admittedly awesome warehouse raid scene.

Affleck’s Batman certainly impresses as he takes on, I don’t know, those 12-15ish goons in the warehouse, but that’s standard Batmaning. In the fight against Doomsday, he’s essentially useless as he’s relegated to distraction duties.

Taking down Bane in hand-to-hand combat, on the other hand, not only represents a certain level of physical might but superior training, as Bane himself is also a member of the League of Shadows, and therefore bears a certain level of fighting skill that Bale’s Batman not only matches but supersedes.

This one’s relatively straightforward in a literal sense, as Affleck’s Batman makes it clear that he’s been at the crime-fighting game for twenty years, while the entire arc of The Dark Knight franchise occurs over a period less than a decade.

BUT, once you’ve already been Batmaning for five, ten years: how much more is there for you to learn? If you’ve been fighting the Joker for a decade, you may as well have been fighting him for two decades at this point. If Bale’s Batman had only been at it for two or three years, that’d be one thing, but by the time The Dark Knight Rises ends, he’s got eight-or-so years under his belt and has defeated the likes of Scarecrow, Ra’s al Ghul, Joker, and Bane during that run.

Another easy one, as Affleck’s Batman simply lives within a more technologically-advanced cinematic universe. Affleck’s Batman has access to alien-levels of Tech, while Bale’s Batman is restricted to technology that exists in our very reality.

This is a big one: not all categories are created equal. When it comes to Batman’s defining characteristics, it’s his intelligence that sets him apart from the rest.

You know which member of the Justice League has a folder on his computer with ways to defeat every member of the squad, Superman, Wonder Woman, and the Flash included? Batman. There’s a reason why he’s consistently able to defeat the Man of Steel, a virtually invincible alien from another planet: he outsmarts him. There’s a reason why the most human member of the Justice League is also its most feared: despite the immense power gap that exists between Batman and his contemporaries, the intelligence divide is just as wide, rendering whatever advantage an enemy may have effectively useless.

And when it comes to Batman intelligence, it’s not so much that Bale’s is particularly brilliant, but more so that Affleck’s is particularly dumb. Conning the relatively simple Superman is not the same as outsmarting the Dark Knight himself, and as evidenced in Batman v. Superman, Affleck’s Batman is kind of a moron. He gets outsmarted by Wonder Woman and tricked into battle by Lex Luthor. He utilizes little to no stealth, as he instead opts to drive around in the Batmobile, blowin’ shit up. Perhaps worst of all, he reacts largely on emotion rather than tact. He changes his entire opinion of Superman because their mother’s share the same name, for fuck sake.

All of these ingredients make for a generally sloppy and haphazard version of the character that would be severely exposed if they were to come up against a more intelligent version of themself.

Affleck’s Batman straight up kills people. He was ready to stab Superman in the heart with a gigantic glowing green space rock simply because he didn’t dig his vibe. He kills a dude with a grenade and literally dreams about snappin’ another dude’s neck. Affleck’s Batman, to a fault, is as ruthless as the Dark Knight comes.

Upset alert!!! And you thought March Madness was dead.

Common knowledge would tell you Affleck’s more physically imposing, willing-to-win-at-all-costs version of the Dark Knight would be the favorite in this bout, but we’re not here for common knowledge, we’re here for critical thought. And the critical thought is this: when it comes to Batman, his greatest weapon is his intelligence.

Affleck’s Batman may be more of a physical threat, but a true Batman usually never even lets it get to that point, as he’s able to devise such complete paths to victory that even Superman himself has said he considers Bruce Wayne to be the most dangerous man on the planet.

When taking that into account — Batman’s ability to devise a plan and execute said plan to defeat an opponent being his greatest weapon — it becomes difficult to argue for Affleck’s Batman, who would simply be outfoxed by Bale’s. If anyone knows he’s outgunned and out-muscled, it’s Bale’s Batman: he would account for that and come up with a battleplan to avoid those very shortcomings. He knows Affleck’s Batman is easily-manipulated. He knows Affleck’s Batman acts largely on emotion. And Bale’s Batman would use all of this knowledge to figure out a way to defeat Affleck’s without ever throwing a punch.

The Decision: Christian Bale’s Batman wins the battle before it even starts.

Previously: Who Would Win In A Fight: Tyler Durden In ‘Fight Club’ Or Mickey In ‘Snatch’?