Who Would Win In A Fight: Tyler Durden In ‘Fight Club’ Or Mickey In ‘Snatch’? 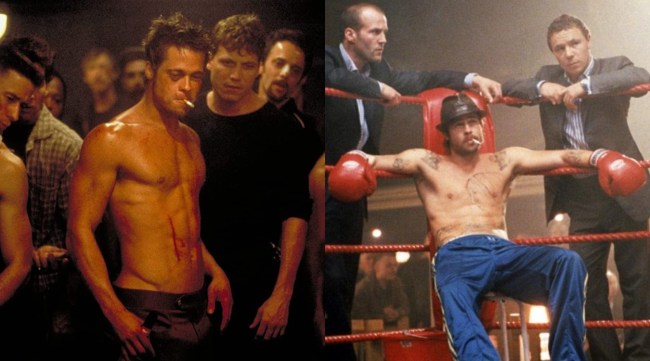 A few weeks ago, I was watching Once Upon A Time In Hollywood and it was the scene where Cliff Booth whoops Bruce Lee’s ass (although, if you pay attention closely, it’s likely that fight never even actually happened).

Obviously, as I was watching one Brad Pitt movie character kicking ass, I started to think of the other ones, mainly Mickey from Snatch and Tyler Durden from Fight Club. You could actually make the case to include Achilles from Troy in that category, but there’s just something about Mickey and Durden that feels similarly gritty and ground-level — Achilles is simply too godly.

But when it comes to Mickey and Tyler, they’re both grimy enough, both shaddy enough, that you could actually believe guys like this exist in our universe.

Before we get started, a little housekeeping: spoilers for Fight Club will follow. And also, if you’re one of those fucking people who’s going to chirp me about breaking the first rule of Fight Club by simply writing about it, then you’re a moron. By your logic, simply airing the movie on cable TV is breaking the first rule, so just shut up already — no one thinks that shit’s cool except you. Also, for the sake of this VERY HYPOTHETICAL JUST-FOR-FUN argument, we’re obviously considering Durden to be a tangible, real person (even though he’s not, I know).

Now, to the tale of the tape: Brad Pitt is reportedly 6′ tall and, during the filming of Fight Club, weighed 155 pounds. He’s definitely a little bulkier than that in Snatch, which came out one year later.

So, when it comes to measurements, we’ll call Durden 6 feet, 155lbs, and we’ll call Mickey 6 feet, 165lbs. The reaches are obviously the same, so in terms of measurables, we’re looking at a draw here.

It’s clear that when it comes to technique, Mickey is the favorite. He consistently takes out men nearly twice his size with a singular right hook. Durden simply isn’t capable of that level of execution.

It’s not like Durden is some scrub, though: while Mickey clearly fights often, it’s not just because he wants to: he wants to, at least, win a new caravan for his mum. Tyler gets the shit kicked out of him night in and night out because he likes the way it feels. Who knows where his pain threshold actually lies? And considering that he’s routinely eating punches, he’s certainly thrown a couple in his day too. Plus, as we see in Fight Club, he’s capable of annihilating people (to be fair, though, those people are amateurs).

Here’s the thing: you can be tough as nails and as batshit crazy as the day is long, but you cannot fight when you’re knocked out cold, and Mickey has demonstrated the ability to not only do that, but to do it to men twice his size, which Durden is not, considering we’ve already established that he’s actually 10 pounds lighter.

While Durden’s best shot would be to get in there quick, take the fight to the ground, then try and just maul Mickey to a pulp, that sort of strategy plays right into Mickey’s counterpunching strengths, which, as we’ve seen, is his go-to move.  Durden would be able to hold his own if he could slip Mickey’s devastating right hand, but I simply don’t believe he’s got the training, the technique, but most importantly, the discipline to do so.

The Decision: Mickey wins by 1st Round TKO. 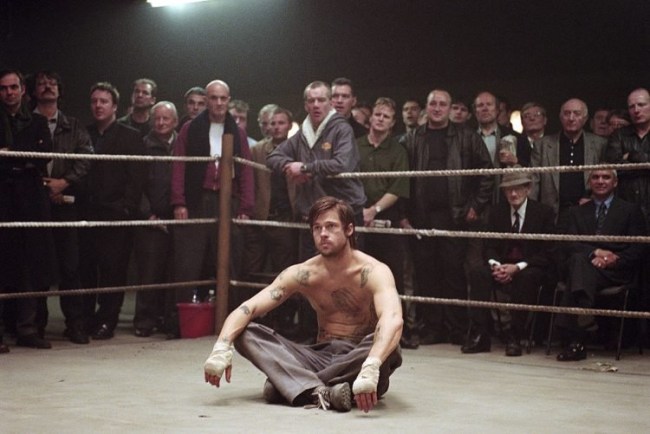