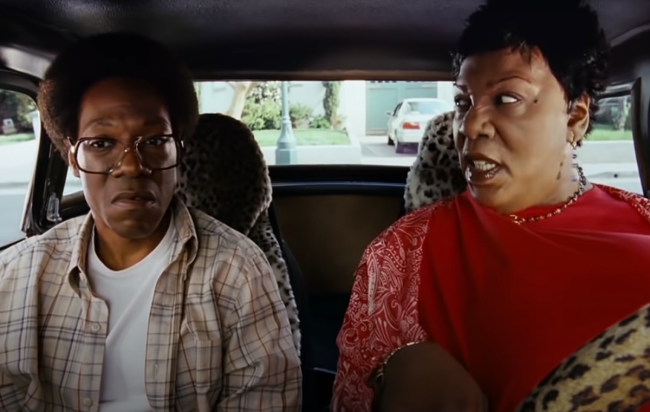 Over the years, a number of Saturday Night Live alumni have decided to take their talents to Hollywood, where they typically end up going down one of two paths.

The first one usually results in their career plummeting off of a cliff almost immediately after they take their first step, but even if they manage to establish themselves as a star, it’s usually only a matter of time until they start gravitating toward projects that make it seem like they’re doing everything in their power to tarnish whatever legacy they may have constructed for themselves.

For example, Will Ferrell went on an absolute heater in the 2000s thanks to movies like Anchorman, Old School, and Step Brothers before falling off a bit thanks to a combination of audience fatigue and less-than-stellar vehicles like Get Hard and Daddy’s Home. It’s also not exactly a secret that Adam Sandler just sort of stopped giving a shit after earning an almost bulletproof reputation due to Billy Madison and Happy Gilmore, and even though people will still watch basically any comedy he’s involved with, it tends to be a pretty masochistic exercise.

However, I don’t know if anyone experienced a more dramatic fall from grace than Eddie Murphy, who dominated the 1980s courtesy of a couple of iconic stand-up specials and comedy classics including Trading Spaces, Beverly Hills Cop, and Coming To America. He spent the next couple of decades continuing to replicate his success, but by the time the end of the 2010s rolled around, he decided it was time for a break after realizing his career had become a shell of its former self.

In the 2000s, Murphy’s performance in universally panned films like The Adventures of Pluto Nash, Norbit, and Meet Dave were deemed unimpressive enough to earn him the trophy for “Worst Actor of the Decade” at the 2010 Razzie Awards, a ceremony dedicated to celebrating the worst things Hollywood has to offer. During a chat with Marc Maron on WTF,  he told the podcast host that served as the catalyst for his hiatus, saying:

“I was making shitty movies. I was like, ‘This shit ain’t fun. They’re giving me Razzies. Motherfuckers gave me the ‘Worst Actor Ever’ Razzie. Maybe it’s time to take a break.’”

Murphy said his initial plan was to only take a break for a year but couldn’t bring himself to get back into the game until the end of the 2010s, which is when the Razzies presented him with a “Redeemer Award” thanks to his performance in Dolemite Is My Name. He recently said he’s also planning to return to stand-up as soon as the pandemic dies down, and if the Eddie Murphy Renaissance is indeed upon us, I am very here for it.