Why Do New Planes Still Have Ashtrays? A Flight Attendant On TikTok Explains 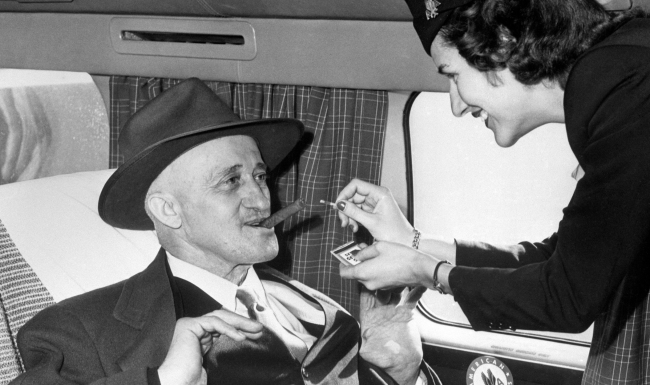 If you’ve ever wondered why new airplanes still have ashtrays despite the fact smoking on one of them is illegal, a flight attendant on TikTok has the explanation.

On February 25, 1990, in airplanes all over the United States, the no smoking sign was lit up in every cabin and has not been shut off since.

Incredibly, the notion that passengers should not be allowed to smoke on flights was fought by both tobacco companies and the airlines.

So, why do new airplanes still have functioning ashtrays located on the doors of all their bathrooms?

“Have you ever noticed that new planes have ashtrays? Do you know why?” she writes in a clip showing an ashtray below a sign in a relatively new Boeing 737 which clearly states No Smoking.

Related: Flight Attendant TikToker Reveals The Real Reasons They Greet You When You Walk On A Plane

Let me know in the comments what your guess is! #flightattendant #aviation #boeing737 #airplane #avgeek

One of the correct answers from her TikTok viewers was because there needs to still be a safe place on the plane to put out a lit cigar or cigarette.

Why, with all the warnings, and common knowledge about smoking on an airplane would someone still do it?

According to Kaylee, some folks just blatantly disregard the warnings. Others simply forget that they can’t smoke “even with all the warnings and announcements,” she said.

Another correct response was that all planes are required by law to have them, for the reason above.

“Also, it’s for illegal smokers to put their cigarette butts out [instead] of in the trash can which have been known to cause cabin fires,” someone else responded, to which Kaylee wrote back, “Very true! It’s a huge danger!”

Another little secret was revealed by another viewer who commented, “BTW lift up the lavatory sign and you can open the bathroom door from the outside,” to which Kaylee responded with three Shushing Face emojis.

Kaylee’s TikTok account is just filled with all sorts of interesting tidbits about the wonderful world of flying.

I think I finally found a tricky one for you! ##airplane ##aviation ##boeing737 ##avgeek ##boeinglovers

Related: Flight Attendant Shares Disgusting Reason Why You Should Never Rest Your Head On A Plane’s Window

♬ Fly Away – Tones and I