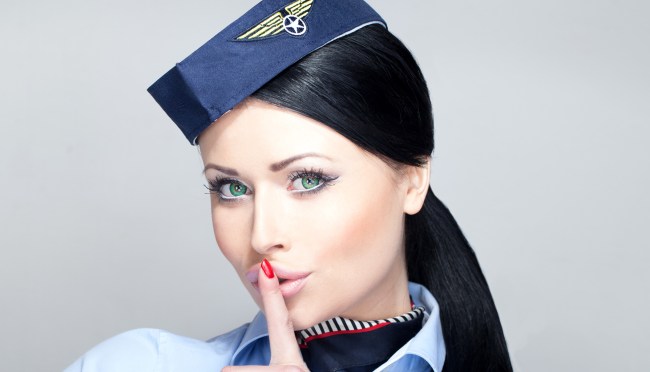 TikTok star Kat Kamalani, who works out of Salt Lake City as a flight attendant, reveals the real reason she and other crew always greet you when you get on a plane and millions of people are taking notice.

Kamalani (@katkamalani) explains in one of her many popular TikTok videos that flight staff are doing more than just being friendly when you hop on board one of their planes, they are also giving you the once-over.

“So when you walk on the airplane and see our happy, smiling face, we’re actually looking you up and down, and we are trying to find our ABPs,” Kamalani says in her video.

An ABP is an able-bodied person who flight attendants are looking for in case of an emergency. For example, someone in the military, or perhaps a firefighter, cop, or doctor.

When asked in the comments how exactly a flight attendant would know if someone was a doctor just by looking them over, Kamalani replied, “Oh, we know 😉.” She also mentioned that sometimes people who hold positions such as a doctor just come right out and tell them, in case they are needed in an emergency.

As for military personnel, they are usually among the first to board the plane.

Related: Flight Attendant Shares Disgusting Reason Why You Should Never Rest Your Head On A Plane’s Window

That’s not all flight attendants are looking for, however, when they check you out while boarding. They are also searching for clues that someone might be trouble and espcially for signs of human trafficking.

“It happens a lot in the industry,” says Kamalani. “And our passenger safety is our number one priority, so we’re just looking for things that look off.”

The flight attendants also don’t stop their scanning at the door. They also do it as the cruise up and down the aisles “looking for things that don’t belong on the plane.”

This is just one of the many very informative TikTok videos has posted and been watched by millions of people.

She has shared videos with her over 600,000 followers tips on staying at a hotel…

Secret spots on a plane…

And traveling with a toddler…

She’s even done a TikTok video where she talks about the celebrities she has met while working as a flight attendant.