Why Do Dogs Circle Before They Poop? Scientists Say It Could Be To Align With Earth’s Magnetic Field 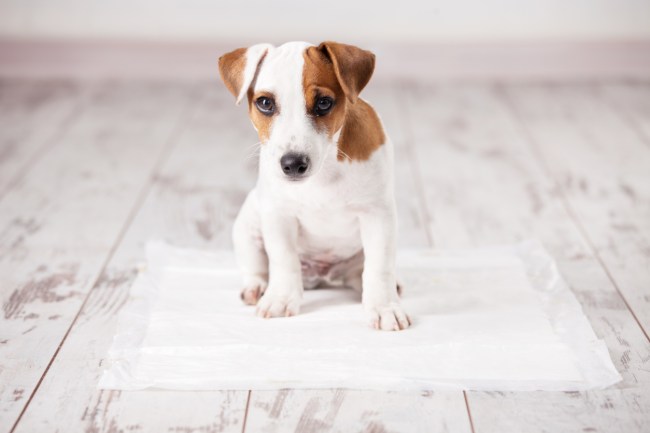 Dog lovers have seen it time after time again. Their beloved dog has to go to the bathroom, but before the good boy makes his deposit, the dog spins in a circle. This unusual defecation ritual has pet owners asking, “Why do dogs circle before they poop?” There are actually several possible reasons why dogs spin before they pee, one includes Earth’s magnetic field.

Most dogs are very particular about where they make doody. Despite having to go to the bathroom urgently, many dogs will scout their area, spinning several times before deciding on a perfect pop-a-squat territory. So why do dogs spin before they poop? One reason could be that the pups are performing a 360-degree survey of the area to ensure that it is safe to do number two.

“Just like when we go to the bathroom and we check for snakes in the toilet before we sit down, Fido is checking to make sure his behind won’t get bitten while he does his business,” Dr. Stephanie Austin, a veterinarian in New York City, told The Dodo.

Dogs could be purposely stomping down the grass to have a clear place to defecate, where predators can’t sneak up on them.

Austin also notes that the dog could be marking its territory.

Dogs use body wastes to communicate with each other. Leaving urine or feces in a spot is like leaving a business card. It says who passed there, when they were there, and probably tells how they were doing. Trampling down the grass first makes the “business card” easy to see in case the other dog is upwind. Dogs also have scent glands on their feet. Often dogs scratch up the ground around their deposit, adding more scent and sight to the signal. Dogs also have glands near the anus that add more scent. (If you see a dog scooting its back end along the floor, its anal glands are probably blocked.)

Another possible theory is that they want a clean and hygienic area to go to the bathroom.

In 2013, Czech and German scientists executed a study of 70 canines across 37 different breeds. The scientific research, which was published in the journal Frontiers in Zoology, found that dogs align themselves with the Earth’s magnetic poles when they are going to the bathroom. According to the findings of the researchers at a university in Prague, the canines preferred to “excrete with the body being aligned along the north-south axis.”

However, the researchers could not come to a conclusion why poochies rather go potty north-south instead of east-west:

It is still enigmatic why the dogs do align at all, whether they do it “consciously” (i.e., whether the magnetic field is sensorial perceived (the dogs “see”, “hear” or “smell” the compass direction or perceive it as a haptic stimulus) or whether its reception is controlled on the vegetative level (they “feel better/more comfortable or worse/less comfortable” in a certain direction).

A researcher in the magnetic field study – Kateřina Benediktová, at Czech University of Life Sciences Prague – continued studying dogs’ relationship with Earth’s magnetic field and found another correlation. In a study titled: “Magnetic alignment enhances homing efficiency of hunting dogs,” Benediktová and her colleagues examined 27 hunting dogs of 10 different breeds, which were equipped with GPS collars and let to roam free in forested areas in over 600 trials.

LiveScience reported on the results of the study:

When returning to the owner (homewards), dogs either followed their outbound track (‘tracking’) or used a novel route (‘scouting’). The inbound track during scouting started mostly with a short (about 20 m) run along the north-south geomagnetic axis, irrespective of the actual direction homewards. Performing such a ‘compass run’ significantly increased homing efficiency. We propose that this run is instrumental for bringing the mental map into register with the magnetic compass and to establish the heading of the animal.

So dogs could be circling before they go to the bathroom because they are magical creatures with natural built-in GPS trying to get the perfect position before they poop.