Why Do Some People Call Marijuana ‘Pot?’ The Origins Of The Nickname Aren’t As Straightforward As You Might Think 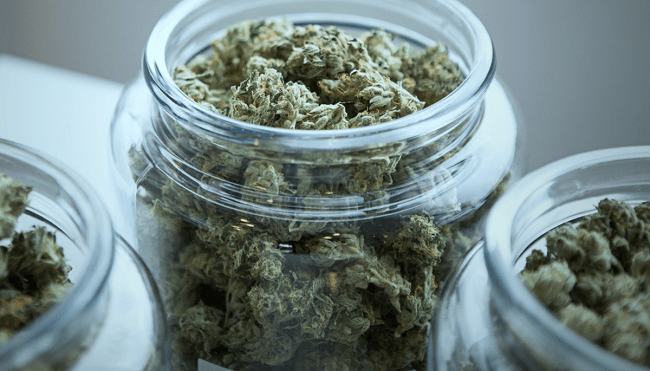 A few years ago, I was very tickled to discover some of America’s tax dollars found their way into the wallets of whatever DEA employees were tasked with rounding up a hilariously long list of purported slang terms for marijuana. 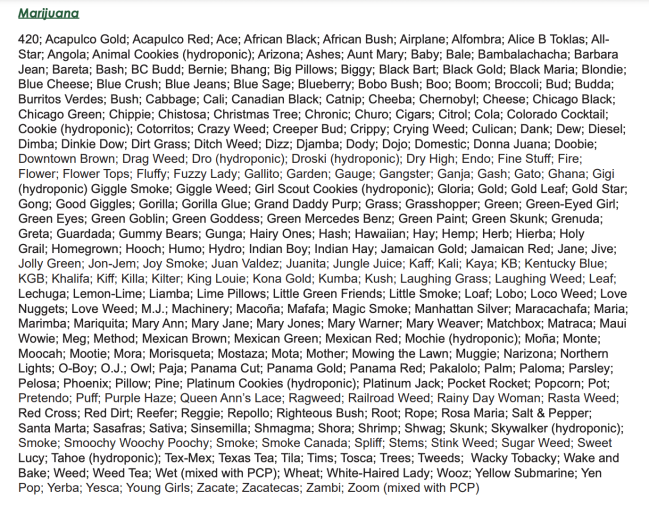 Many of the names on that list are references to specific strains, but as someone who likes to think they’re fairly well-acquainted with this particular realm of the drug world, I was absolutely baffled by the inclusion of dozens of words I’m pretty sure no one has actually ever used marijuana has harnessed to describe it.

With that said, people have been dreaming up more commonly used euphemisms for over a century—including “marijuana” itself. It’s become essentially synonymous with cannabis, but was initially popularized with the help of the racist fearmongers who favored “marihuana” in an attempt to capitalize on the moral panic concerning the Mexican immigrants they wanted to associate it with.

Nowadays, it seems like “weed” is the nomenclature of choice, but that hasn’t always been the case. Toward the middle of the 20th century, beatniks and musicians were fond of filling their jazz cigarettes with “reefer” and “Mary Jane,” and it was only natural that those damn nature-loving hippies adopted “grass” for the “dope” they were so fond of smoking.

Earlier today, I came across an article about Conan O’Brien sparking up with Seth Rogen during the final week of his TBS show with a headline containing a fairly antiquated weed term that’s still clinging to relevancy in 2021: pot. While there was once a time where that moniker reigned supreme, it now marks a fairly interesting generational divide, as it seems like it’s almost exclusively used by people who can recount the time they sparked up a doobie during a Fleetwood Mac show at Folsom Field during the Rumors tour.

I am not one of those people, and while I’ve heard marijuana referred to as “pot” for decades, I only just realized I somehow spent 30 years on the planet without bothering to figure out why that’s the case. I assume I’m not the only person in the same boat, so I decided to do some digging to figure out the answer and share my findings with the world.

According to the folks over at Dictionary.com, pot has similar origins to marijuana, as the term is derived from the Spanish word for the leaves of the cannabis plant. That word— potiguaya—is in turn derived from potación de guaya, which literally translates to “drink of grief” and refers to wine or brandy that’s been infused with the leaves.

The jury is still out on when it was first popularized, although it first appeared in a short story written by Chester Himes in 1938. However, as The New York Times notes, there’s some speculation that usage was actually inspired by the “pods” we know as “buds” today (which is what William S. Burroughs deployed when he referred to weed in Naked Lunch).

As a result, there may not be an entirely definitive answer to the query that brought you here, but hey, some knowledge is better than none at all.