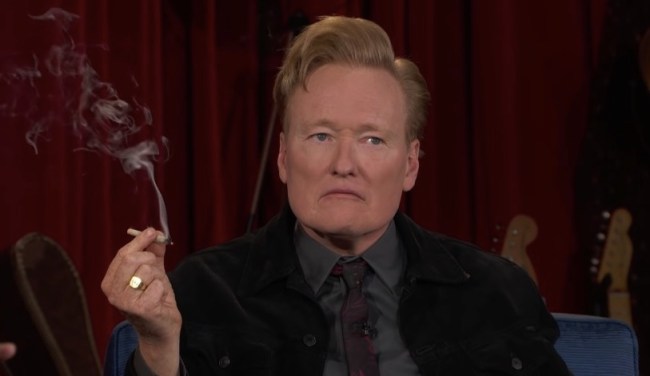 First things first: just soak up that image above you because it’s absolutely hilarious. Conan O’Brien out here doing his best Elon Musk face. What is it with later-middle-aged white dudes and making this sort of “I’m a bourbon connoisseur wafting in the scent of the latest batch” face when they smoke weed? 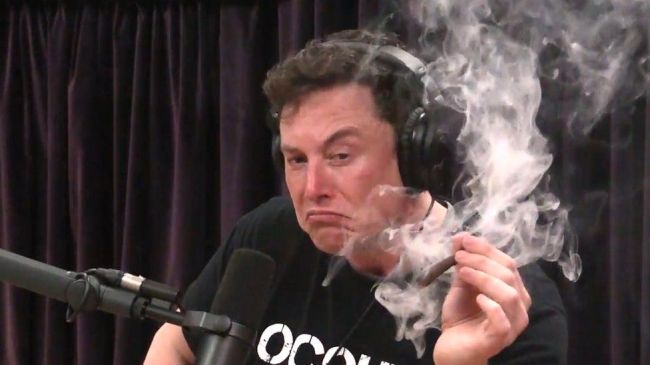 O’Brien, who has been since taking over NBC’s Late Night in 1992, is bringing his long-running show to an end this week and has apparently run out of fucks to give, as he decided to light-up with Seth Rogen on his Tuesday night show — his third-to-last night on-air.

Now, I know the cynic in you wants to reason that this could all be fake — that some form of tobacco could be rolled into that joint. And that’s fair, especially because part of me is inclined to feel the same way. But similar to Rent Boy choosing life in Trainspotting, I’m choosing to believe this is real, and here’s why: look at the genuine joy on Seth Rogen’s face. Sure, Rogen is an actor, but he isn’t *this good* of an actor — look at the way he goofily throws his arms in the air like a fourth-grader celebrating an indoor soccer win. That type of instinctive, spontaneous excitement can’t be faked. 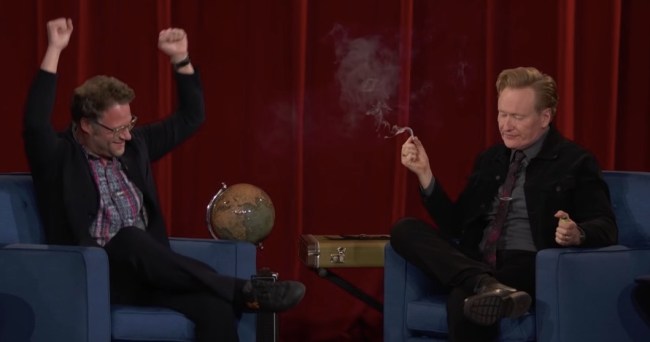 The last episode of Conan will air on Thursday, June 24 — Jack Black will be the final guest. Just because Conan is done hosting late-night TV, though, doesn’t mean he’s leaving television, as he’s set to take his talents to HBO Max to produce and star in a weekly variety show.

RELATED: For The Final Time, Paul Rudd Hit Conan O’Brien With The ‘Mac and Me’ Prank