Why Mars? Aerospace Engineer’s Explanation For Why Mars Exploration Is Essential Is Very Helpful 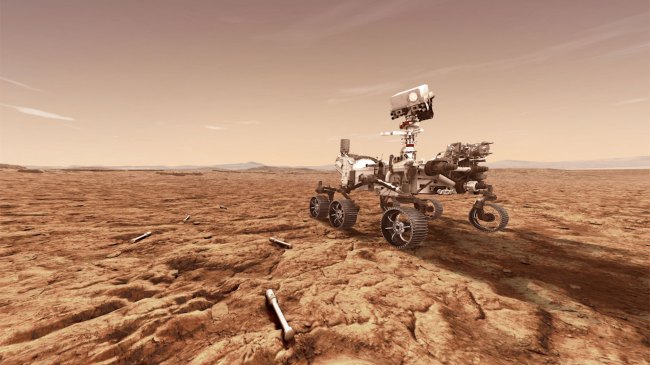 illustration by NASA via Getty Images

If you asked me at a dinner party what the existential significance of NASA landing its most advanced rover ever on the surface of another planet, I would probably get really defensive before pulling the nearest fire alarm.

In my defense, it’s totally logical to question the motives of embarking on a $3 billion mission to a cold desert planet when we don’t yet have a cure for the common cold here on Earth, but the Mars 2020 Perseverance rover has landed and the footage extracted is admittedly very surreal.

Stop everything for 26 seconds and watch this.

Footage, with sound (!) from the surface of another planet.

Famed aerospace engineer Dr. Robert Zubrin has been advocating for the exploration of Mars for over four decades and established the Mars Society in 1998 after becoming disappointed with the government’s disinterest in the initiative.

Not only has Zubrin developed several concepts for space propulsion and exploration, but the dude was awarded his first patent at age 20 in 1972 for Three Player Chess.

In a 2015 lecture, Dr. Zubrin gave his three reasons why Mars should be the goal of our space program. Take the four minutes to watch this if you want to sound smart on the next dinner party.

“Does anyone at this dinner party know why Mars is a worthwhile endeavor?”

“Mars is where the science is, it’s where the challenge is, and where the future is. Don’t be a dumbass Carol. Pass the whiskey.”