Science, And The Law, Says All Vodka Is The Same, So Why Are Some Brands So Much More Expensive? 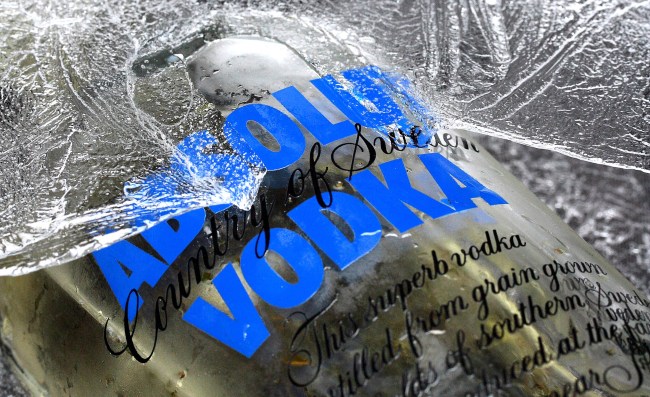 By law, every brand of vodka sold in America must be the same.

This is something I just learned from a recent episode of Alex Goldmark and Dan Pashman’s Planet Money podcast.

Seriously. This is a real thing.

According to Pashman, Title 27, Section 5.22 of the Alcohol, Tobacco and Firearms Code says all vodka must be distilled or treated until it is “without distinctive character, aroma, taste or color.”

“By law, you basically have to make an industrial-grade, pure alcohol first, like the stuff you would put in adhesives or fragrances or detergents,” Pashman continued. “And then you take that, and all you do is you add water. And you got vodka.” 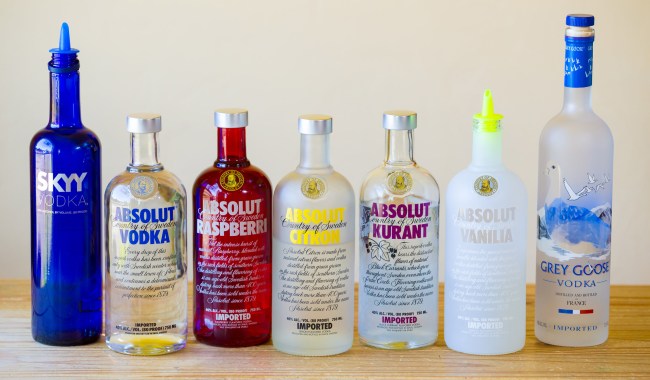 So, to find out for sure, they sent three samples of vodka, some Grey Goose in an unmarked bottle, some of their homemade French wheat vodka, and some of “the cheap stuff” in a plastic bottle to an independent lab.

The results of the testing were more than a little bit surprising.

Neva Parker of White Labs ran the three samples through a comprehensive spirits test that measures chemicals that people might be able to taste and as well as chemicals that shouldn’t be in the spirit.

One of the samples came back with a high level of propanol.

“Typically when you taste one propanol, that’s more of that harsher alcohol – kind of grainy alcohol compound,” Parker explained.

“Right. So the vodka that has more of that stuff is not as good, according to this test,” added Parker.

So, based on the test results, of the three vodkas, which one is most likely to be the cheapest, least desirable vodka?

The cheap, plastic-bottle vodka turned out to be the best… and Grey Goose appeared to be the cheapest, aka the worst.

So science shows that if you don’t have a specific allergy that’s triggered by chemicals in some vodkas, they are are basically the same.

Now then, if that’s the case, why do some brands of vodka, like Grey Goose, cost so much more than others? One word: perception.

And we have one man to thank for that. His name is Sidney Frank, the man who took Jagermeister from around 500 cases a year to the hottest drink on college campuses.

Frank saw that Absolut was the fanciest vodka brand on the market at the time, so without even having a product, he decides he is going to charge twice the price for his yet-to-be-created vodka, and voila! Grey Goose, and in turn, the luxury vodka market, was born.

P.T. Barnum would be so proud.