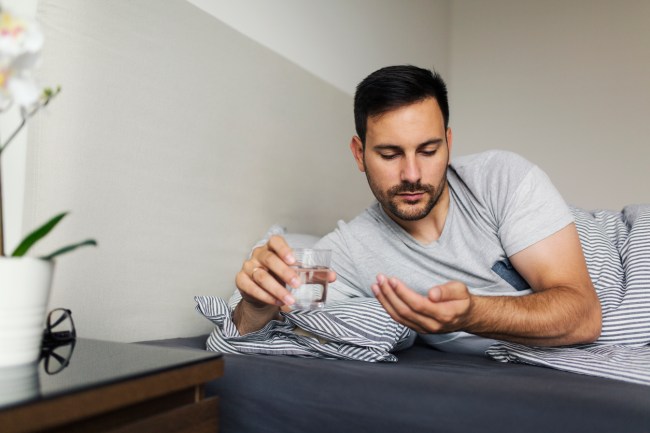 The first night of this madness, well, it’s frustrating as hell, but it’s not the end of the world. We’ll just hit the sack a little bit earlier the next night and catch up, right? But that doesn’t work. By the third night of little to no sleep, our surroundings sink into a cartoon-like state, nothing seems real, time moves in a mocking fashion and the exhaustion, dear god the exhaustion is crippling.

Still, no matter how much our bodies and brains plummet further into a desolate rabbit hole of extreme fatigue and borderline psychosis, no matter how many times we jerk off into that old, crusty sock we keep tucked underneath the mattress, there is no sleep to be had. One more night of this and who knows what might happen.

This is when we, the great American dope fiend, jump out of bed and pull out the big guns: over the counter sleeping aids. We pop a couple of Tylenol PM’s, take a few nips off the Nyquil bottle and within the next hour or so, we are finally resting soundly – back to dreams of boning chick serial killers.

The problem with this chemically induced slumber is it comes with its fair share of negative side effects. Everything from a hangover-fog the next morning to addiction can result from relying on these medications.

And it gets worse. 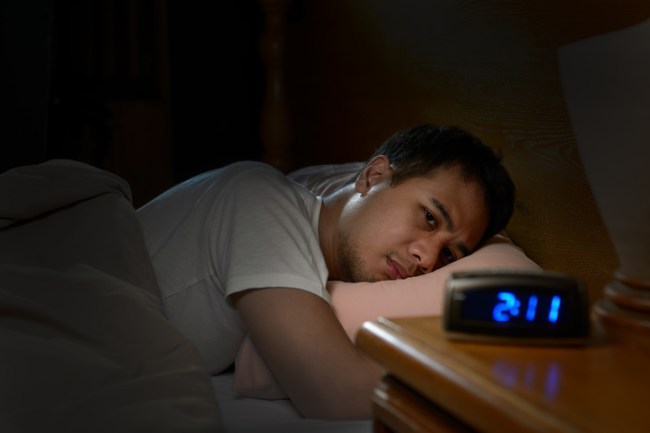 According to a new study, while these drugs might help a man overcome the lunacy of insomnia, their active ingredients are actually tearing him apart.

“Many OTC sleep aids—such as Benadryl and Tylenol PM—contain diphenhydramine,” Dr. Donovan Maust, an assistant professor of psychiatry at Michigan Medicine, told Time. “Diphenhydramine is an anticholinergic drug, which means it blocks the activity of a brain chemical called acetylcholine, which plays a role in muscle activation and also in brain functions like alertness, learning and memory.”

Although the latest study examines older people, it could also serve as a cautionary tale for those of us headed in that direction. After all, if we are suffering from sleep problems at this juncture in life, chances are, unless treated by a medical professional, those issues could persist well into our years of decay.

Researchers say these medications can eventually cause problems with constipation and confusion. They can also lead to a thing called urinary retention, which is the inability to take a leak. No matter how much beer is consumed by people with this condition, they just cannot offer a simple squirt without a catheter. It has been said that there are things far worse than death. As far as we are concerned the inability to piss without a hose attached to our bladders ranks pretty high on the list.

So, what else? There is also evidence that consuming too much sleep medication can lead to an increased risk for dementia. It’s true most of us were headed in that direction anyway, considering the amount of booze we put away on a regular basis, but tossing sleep aids into the mix is only going to worsen the situation. But, at least, toward the end, we’ll either blackout more or simply forget to take the pills.

And then there are prescription sleep aids, like Ambien and Sonata. Although research is scarce when it comes to pinpointing the exact risks associated with the consumption of these medications, some earlier studies have shown that cancer (colon and prostate) and premature death (car accidents, falls, suicide) are some of the more concerning hazards. Again, and we hate to keep harping on this detail, but booze has been shown to come with the same gambles. In fact, by our calculations, most of us have until about two or three Friday afternoon to get our affairs in order.

But there is some good news. All of the bad voodoo that comes from swallowing these medications is only associated with long-term use. But what exactly do the professionals consider long term?

Unfortunately, it’s not long at all!

According to the pharmaceutical companies responsible for these concoctions, prescription sleep aids are intended to provide temporary relief. Therefore, anything more than 28 days is pushing the limit. Yep, that’s right, taking sleep aids longer than a month could eventually give a sleepless person the opportunity to rest on a more permanent basis. Be careful with those pills, kids.

Fortunately, there are options other than risking your life for a solid night of sack time. Regular or increased exercise can help. So, can developing a set sleep schedule, avoiding meals too close to bedtime and avoiding alcohol. Yeah, we’re not big fans of that one either. Also, certain strains of marijuana (Indica’s) have been shown to be extremely beneficial for combatting insomnia.

Or, if budget is a concern, a man can always invest a few bucks in some new tube socks and hope for the best.