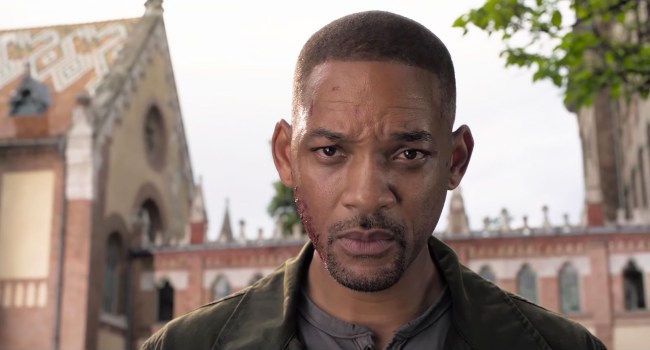 Close to a decade after turning down the titular lead in Django Unchained, Will Smith is now finally set to take on the role of slave emancipator in Antoine Fuqua’s Emancipation, which is being described as a “slavery thriller”.

Fuqua, the famed director of Training Day, said that the film’s story “hit my heart and my soul in so many ways that are impossible to convey.”

Written by Bill Collage (Exodus: Gods and Kings), Emancipation tells the story of Peter, a runaway Southern slave who escaped his abusive plantation and fled North to join the Union Army. Once he was united with Union forces, Peter showed Army doctors his back during his medical examination, leading to the famed photo known as “the scourged back”, which was published by the Independent in May 1863.

The photo went somewhat “viral”, making its way around the globe and serving as proof of the cruelties unfolding in the United States of America.

According to Collider, “the scourged back solidified the abolitionist cause, and prompted many free Blacks to join the Union Army in order to fight racists in the South.”

The film will use all that as historical background, but at heart it is an action thriller with a powerful emotional core that involves Peter’s death-defying journey to escape his captors. Using onions to mask his scent from pursuing bloodhounds, and his strength and smarts to survive running barefoot through the swamps for 10 days, the tale takes a turn reminiscent of such survival tales as the Mel Gibson-directed Apocalypto.

“It was the first viral image of the brutality of slavery that the world saw,” Fuqua said. “Which is interesting, when you put it into perspective with today and social media and what the world is seeing, again. You can’t fix the past, but you can remind people of the past and I think we have to, in an accurate, real way. We all have to look for a brighter future for us all, for everyone. That’s one of the most important reasons to do things right now, is show our history. We have to face our truth before we can move forward.” [via Deadline]

Now in his 50s, Smith remains as prolific as ever, as he’s got a handful of films due to come out in the next few years. In 2021, he’ll star as Richard Williams, the father of Serene and Venus Williams, in the biographical drama King Richard. He’s also got films such as The Council, Bad Boys 4, and Bright 2 in the works.