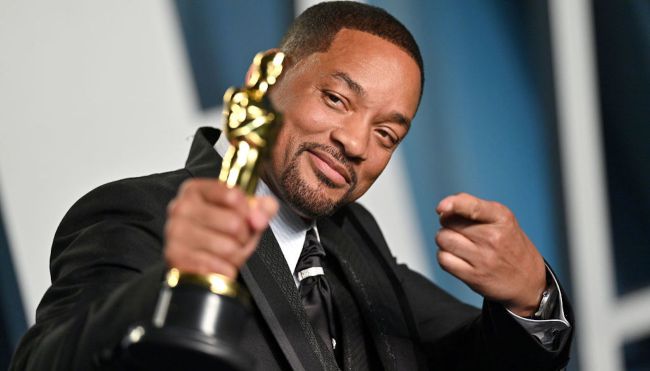 After slapping Chris Rock in the face and winning the Academy Award for Best Actor, Will Smith celebrated at an afterparty by jamming out to his song “Gettin’ Jiggy Wit It.”

During the 2022 Oscars ceremony, Smith — who won Best Actor for his performance as Richard Williams in King Richard — walked on stage and took a swing at comedian Chris Rock after Rock made a joke about his wife Jada Pinkett’s hair.

In case you somehow haven’t seen the incident, Rock had made a joke about Jada’s buzzed hair, saying that he couldn’t wait to see her star in a sequel to G.I. Jane. Pinkett Smith suffers from a hair loss condition known as alopecia.

About a half-hour after the slap-heard-round-the-world, Smith then got on stage to give an acceptance speech after he won the award for Best Actor.

“Love makes you do crazy things,” Smith said during his speech as tears streamed down his face.

RELATED: Judd Apatow Is Getting Roasted For Having The Most Absurd Take About The Will Smith/Chris Rock Incident