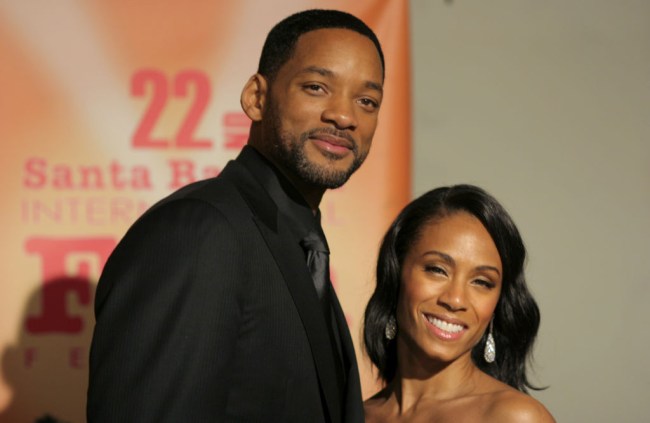 Will Smith and Martin Lawrence gave an interview to The Breakfast Club this week where they discussed why it took so long for Bad Boys 3, how they were cast for the original buddy cop flick, and what it will take for them to make Bad Boys 4. Smith also talked about his marriage to Jada Pinkett Smith and his jealousy of Tupac.

Will and Jada Pinkett Smith have been married for 22 years, which is an eternity in celebrity marriages. But at the beginning of their relationship, Jada’s love for Tupac Shakur caused a rift in the marriage.

Radio host Charlamagne tha God asked Will if he was ever jealous of the love that Jada had for Tupac. The 51-year-old Bad Boys for Life star was honest and said he was extremely jealous of their relationship at the time.

“Oh, f*ck yeah. Oh, my God, dude,” Will admitted. “That was in the early days. That was a big regret for me too, because I could never open up to interact with Pac, you know. Because we had a little bit of a thing.”

“They grew up together, and they loved each other, but they never had a sexual relationship, but they had come into that age where now that was a possibility, and Jada was with me,” the Fresh Prince added. “Pac had a little thing on that, but she just loved him.”

Jada even encouraged Will to become friends with Tupac Shakur. “She was like, ‘I’m telling you, you all are so similar. You would love him,'” Jada told Will when Tupac was still alive. “I was deeply, deeply insecure, and I wasn’t man enough to handle that relationship.”

“That was a huge regret of mine,” Will revealed. “I couldn’t handle it. I was the soft rapper from Philly, and he was Pac.” This is the worst real-life scenario of “the guy she told you not to worry about.”

Will elaborated more on his marriage to Jada Pinkett Smith.

“Me and Jada talk about that a lot even in the idea of our marriage and how people want us to be married versus how we’re really married,” the rapper turned actor said. “It’s a really different thing, and it’s so hard to let go of the characters and what people want to see.”

Jada Pinkett Smith first met Tupac Shakur in 1989 at the Baltimore School for the Arts, and they both saw the potential to be stars in each other. Jada eventually stopped being friends with Shakur, and he tragically died at the age of 25 from a drive-by shooting in 1996.

In the past, Jada has said that “there’s not a day that goes by that I don’t think about Tupac.”

The Red Table Talk host once broke down to tears as she revealed that she had a “complex” relationship with 2pac. Jada cried as she said, “It’s hard to love someone who has a legacy.”

“He was one of my best friends,” Jada says of Tupac. “He was like a brother, it was beyond friendship for us as far as just, the type of relationship we had, you only get that once in a lifetime.”

RELATED: Jada Pinkett Smith Shockingly Admits, In Front Of Her Mom And Daughter, She Used To Be Addicted To Adult Videos