Jada Pinkett Smith Shockingly Admits, In Front Of Her Mom And Daughter, She Used To Be Addicted To Smut 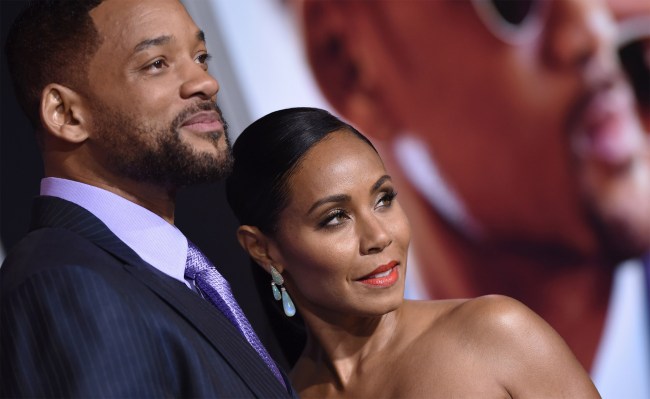 There are people who have no filter, and then there’s Jada Pinkett Smith. The 47-year-old actress just became the queen of not giving a f**k this week when she announced, in front of her mom, her daughter, and the entire internet, that before she began a relationship with her husband Will Smith, she was addicted to watching adult videos.

Smith admitting this revelation to her co-hosts Willow Smith, her daughter, and Adrienne Banfield-Jones, her mom, on a new episode of her Facebook show Red Table Talk on Monday.

At that point, after Willow says she’s down with “artistic” adult videos and Adrienne says she apparently hasn’t “been looking at the right stuff,” they say what we all think about parents, grandparents and grandkids looking at adult videos — we prefer not to know about it.

Then Jada and Willow got into it about how much and what kind of pornography used to appear on Tumblr, and was even reaily available to Willow when she was only 11-years-old. (Hmmm… wonder why they decided to ban it?)

Back in July, Jada admitted on her show that she also “had a sex addiction of some kind” in the past, telling Willow she used sex toys when she was 21 to give herself “five orgasms a day.”

“My sort of addictions jump. They jump around,” she admitted. “When I was younger, I definitely think I had a sex addiction of some kind, yes, that everything could be fixed by sex. You know what I’m saying?”

Watch the entire fascinating conversation below…