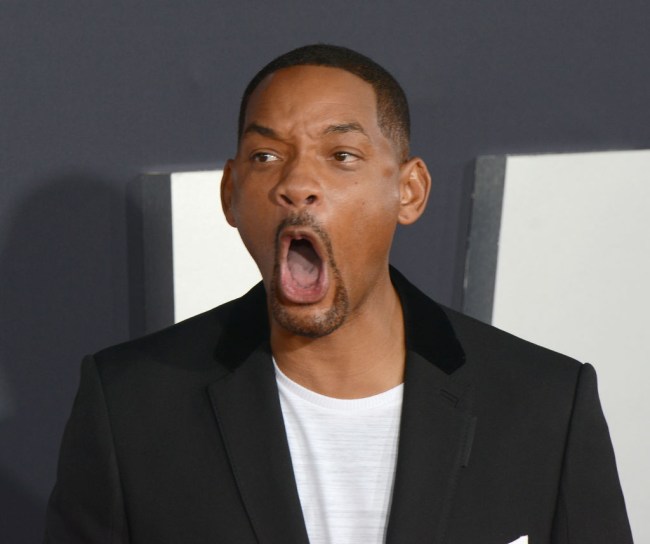 Will Smith reveals his biggest regret in his career (And it’s not his songs Get Lit or La Fiesta). While promoting his upcoming movie Gemini Man (which might be his latest regret), Smith lamented about turning down a major role in The Matrix.

Fox Chicago reporter Jake Hamilton asked the 51-year-old actor: “If you could visit a former set that you were on, grab yourself by the collar, give yourself a piece of professional advice or acting advice, what’s the set you’d want to visit and what advice would you give yourself?”

Smith bluntly responded: “I’d go back to the Wild Wild West [set] and I would say, ‘Asshole, why didn’t you do The Matrix?’”

Smith turned down the opportunity to play Neo in The Matrix, a part that helped propel Keanu Reeves’ Hollywood career. Smith wasn’t the only big-time actor who turned down the role, Nicolas Cage, Brad Pitt, Val Kilmer, and Johnny Depp also passed up the chance to star in The Matrix.

In February of this year, Smith released a YouTube video on his personal channel to address why he passed up on The Matrix in favor of Wild Wild West.

“This is one of them stories I’m not proud of, but it’s the truth,” Smith said in the video. “But it ain’t like it would have been that. Keanu [Reeves] was perfect. Laurence Fishburne was perfect. If I had done it then Morpheus wouldn’t have been black because they were looking at Val Kilmer.”

“They came in and they made a pitch for The Matrix and, as it turns out, they’re geniuses,” Smith said of the pitch by the Wachowski siblings. “But there’s a fine line in a pitch meeting between genius and what I experienced in the meeting.”

The Matrix would go on to earn $463.5 million at the worldwide box office and win four Academy Awards. A fourth installment of the movie is being worked on right now.

Meanwhile, Wild Wild West grossed $222.1 million worldwide with a budget of $170 million and has a 17% review rating on Rotten Tomatoes.

Speaking of disappointing Will Smith movies… the early reviews of Gemini Man are in. Smith plays Henry Brogan, an aging elite government assassin. He soon learns that he is being targeted by another operative who can predict his every move. Brogan soon discovers that his adversary is a younger, faster, cloned version of himself.

Smith’s spy-vs-spy flick has not received glowing reviews in the early going. Gemini Man has a review score of 33 on Metacritic based on eight reviews. Critics’ ratings on Gemini Man are not much better on Rotten Tomatoes where the movie has a score of 38% based on 34 reviews.

This could be another time that Will Smith regrets, but audience scores from regular people are not available yet. Critic reviews are merely one source of opinion (as we saw with Dave Chappelle’s Sticks & Stones comedy special) and in many circumstances have been blatantly different than what the typical movie-goer wants out of a film experience. Gemini Man hits theaters October 11.