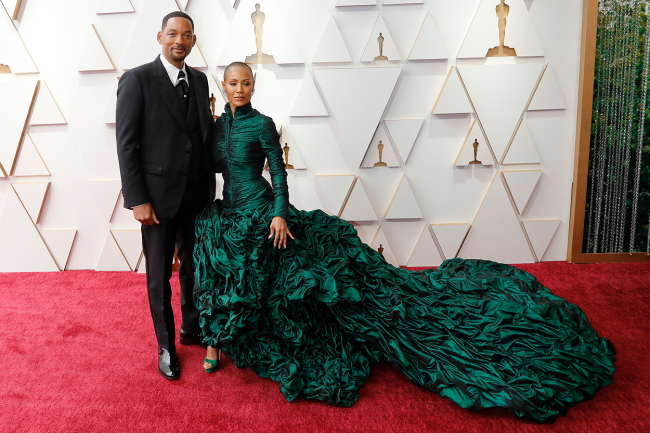 Will Smith’s slap heard around the world will, for better or for worse, be the biggest take away of the 2022 Academy Awards. Prior to the ceremony, Smith and his wife Jada filmed a TikTok that eerily prognosticated chaos.

Just over midway through the Oscars, Chris Rock took the stage to present an award. Prior to his presentation, the 57-year-old comedian cracked a joke about Jada Pinkett Smith, her shaved head, and an appearance in G.I. Jane.

At first, Smith laughed. However, after making eye contact with his clearly agitated wife, the tone quickly changed.

Smith walked up to the stage and slapped Rock in the face. Rock wore it like a champion, but it sent shockwaves around the entertainment world.

In the uncensored version of the exchange, Smith can be heard saying to Rock to keep his wife’s name out of his mouth. Not long thereafter, an emotional Smith won the award for Best Actor and gave a very emotional speech in which he appeared to address the slap.

As of right now, Smith has not been arrested, but he may be stripped of his award for violation of the Academy’s code of conduct.

The entire thing was truly hard to believe. It was shocking.

The slap was so difficult to comprehend that many people believe it was a bit. It certainly didn’t seem like it.

Will Smith’s TikTok with Jada Pickett Smith prior to The Oscars slap is either an eerie coincidence or a clue.

Before the Academy Award show, before the G.I. Jane joke, before the slap, Smith and his wife filmed a TikTok together. The video includes the following audio:

“Good morning everyone, God let me live another day, and I am about to make it everyone’s problem.”

From there, the audio drops to something more intense while Jada and Will take a series of chaotic pictures while ‘mean mugging.’ In addition, the caption reads that Will and Jada got dressed up to “choose chaos.”

Me ‘n @jadapinkettsmith got all dressed up to choose chaos

Well, Smith slapping Rock was certainly chaos. And he chose to do so while dressed up. He also made the day “everyone’s problem,” as the audio stated.

At the very least, the TikTok with Will and Jada is a very weird, ominous video that unintentionally predicted the biggest storyline of The Oscars. For the conspiracy theorists, this could be a sign that the entire slap was planned.